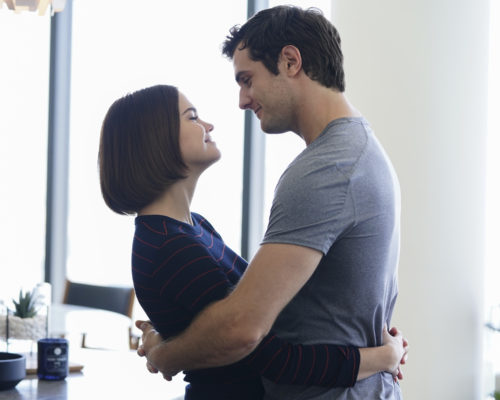 The tale of Callie and Mariana will continue. Freeform has renewed the Good Trouble TV show for a third season. The second season of The Fosters spin-off currently airs on Wednesday nights.

A family drama, Good Trouble stars Maia Mitchell, Cierra Ramirez, Tommy Martinez, Sherry Cola, Zuri Adele, Emma Hunton, and Josh Pence. The story centers on Callie (Mitchell) and Mariana (Ramirez) from the original series as the sisters spread their wings and establish themselves as young adults in Los Angeles, living in Downtown’s fashionable residence, The Coterie. In the second season, as they fight for equality and learn how to stand up for their values, they must also deal with all the challenges of young adulthood, including breakups.

After recently being heralded as one of The New Yorker’s best television shows of 2019, Freeform has ordered a third season of “Good Trouble.” Starring Maia Mitchell, Cierra Ramirez, Sherry Cola, Tommy Martinez, Zuri Adele, Emma Hunton and Josh Pence, the series follows residents of The Coterie as they deal with the consequences of their personal and professional decisions and realize that sometimes standing up for what you believe in comes at a price.

Currently airing on WEDNESDAYS at 10 p.m. EST/PST on Freeform, the current season picks up with Callie and Mariana’s relationship on the rocks after Callie has decided to move in with Jamie and leave the “Coterie Biatches” behind. Alice finds herself balancing her stand-up career with her love life, Davia learns the education system may be broken, Mariana navigates a new world at work, Malika faces legal consequences from her protesting, Dennis finds a new outlet to manage his depression and Gael’s creative spark is reignited.

What do you think? Have you been watching the second season? Are you glad that Good Trouble has been renewed for a third season?

Love this show! Thank you for renewing it!

I can’t wait to see how the third season turns out. I love this show! I really hope they keep making more episodes like i wished the fosters would have.

I can’t wait for the third season, I really love this show!

Do you know when the 3rd season is being aired??

I can’t wait for season 3 season 2 left Me wanting to know what was going to happen next being I didn’t realize that season 2 E18 was the season finale ! Glad there will be a third season and hopefully many more !

couldn’t believe episode 18 was season finale. Definitely cannot wait for the third season. Very happy to hear the show was renewed and not canceled!