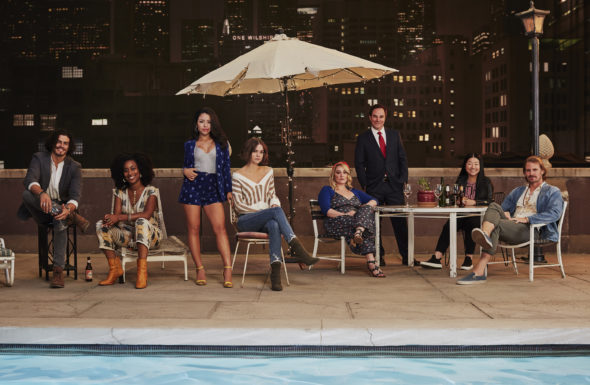 TV show description:
A spin-off of The Fosters from Joanna Johnson and Bradley Bredeweg, the Good Trouble TV show centers on Callie (Mitchell) and Mariana (Ramirez), from the original series. The young women decide to spread their wings and establish themselves as young adults in Los Angeles.

While Mariana pursues her career in the tech world, which favors men, Callie takes a position as a clerk for Judge Wison (Bart), a federal court judge. Once they move to The Coterie in Downtown LA, the women realize that making it involves more challenges than they had imagined. Now they’re on their own and dealing with new friends, neighbors, and love interests, but at least these sisters have each other to lean on.

What do you think? Do you like the Good Trouble TV series? Should this TV show be cancelled or renewed for another season on ***?

Love this show. Please keep it on. It has such great characters and interesting situations so relevant to today. Please have more cameos for Callie

Please keep this show going! It is a well kept secret sadly. It has much significant relevance to our world today. This is the only show I truly look forward to every week. Please continue. There are many of my friends that watch as well. We love this show!!!

Please do not cancel it

This show is so good love how Callie and Marianas characters are still the same but also both finding them selfs on their own new characters are awesome definitely need more of this in my life.

Please please don’t cancel this show ❗️We need more seasons like Gray’s Anatomy or something. THE FOSTERS HAVE A FAN CLUB. WERE HERE AND WATCHING WE LOVE THE FOSTERS❗️

I really like Good Trouble!! The show’s writing and acting, is better, than ever!!

I want this show to continue. I loved The Fosters and was happy they started this show.