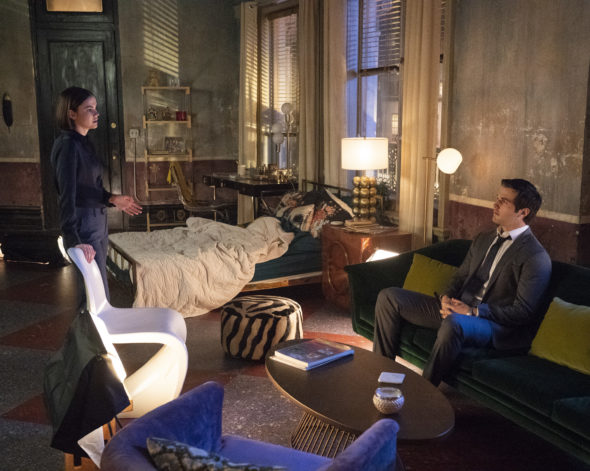 How good is the second season of the Good Trouble TV show on Freeform? As we all know, the Nielsen ratings typically play a big role in determining whether a TV show like Good Trouble is cancelled or renewed for season three. Unfortunately, most of us do not live in Nielsen households. Because many viewers feel frustration when their viewing habits and opinions aren’t considered, we’d like to offer you the chance to rate all of the season two episodes of Good Trouble here. *Status update below.

A Freeform drama, Good Trouble stars Maia Mitchell, Cierra Ramirez, Tommy Martinez, Sherry Cola, Zuri Adele, Emma Hunton, and Josh Pence. The story centers on Callie (Mitchell) and Mariana (Ramirez), from The Fosters series, as the sisters spread their wings and establish themselves as young adults in Los Angeles, living in Downtown’s fashionable residence, The Coterie. In the second season, as they fight for equality and learn how to stand up for their values, they must also deal with all the challenges of young adulthood, including breakups.

What do you think? Which season two episodes of the Good Trouble TV series do you rate as wonderful, terrible, or somewhere between? Should Freeform cancel or renew Good Trouble for a third season? Don’t forget to vote, and share your thoughts, below.

*1/17/20 update: Freeform has renewed the Good Trouble TV show for a third season.

I thought all 3 of the series were exceptional, I got hooked on them & couldn’t stop watching to find out what exactly happened next. In my opinion, it was brilliantly acted & directed. It covered many topics now current with respect & sensitivity. I’m sure it will give many a youngster help in one direction or another!! Looking forward to the last series next year.

Great show don’t cancel !
Why was it not on tonight

I love this show! I’ve watched since it was just The Fosters. PLEASE bring a 3rd season!