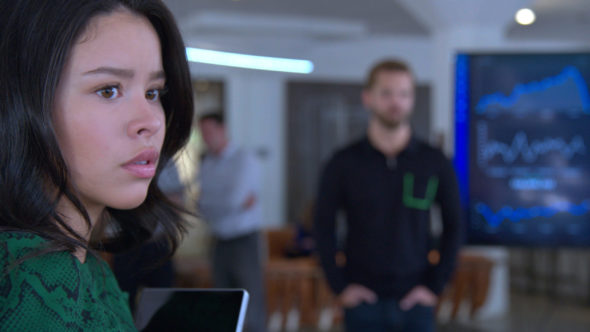 Good Trouble is ready for its third season, and Freeform has released two new videos. The drama series has also added two new recurring members to its cast for season three.

Marcus Emanuel Mitchell and Jayson Blair are joining Maia Mitchell, Cierra Ramirez, Tommy Martinez, Sherry Cola, Zuri Adele, Emma Hunton, and Josh Pence in the series, which is a spin-off of The Fosters. Good Trouble follows Callie (Mitchell) and Mariana (Ramirez) as they live on their own for the first time.

Deadline revealed more about the roles the new additions will play on the Freeform series:

“Mitchell will play Dyonte, an activist and organizer with a strong sense of purpose, a nurturing spirit and a sly, playful sense of humor who works with Malika (Zuri Adele).

Blair will portray Tony, a devoted and charismatic lawyer who works for Kathleen Gale (Constance Zimmer). As we previously reported, Zimmer also has joined the cast as recurring and will direct an episode this season.”

What do you think? Are you a fan of the Good Trouble TV show on Freeform? Will you be watching season three?

Season 1 was great. Season 2 got worse and worse. I’m sure Season 3 will be lame.

Looks the same
Nothing new