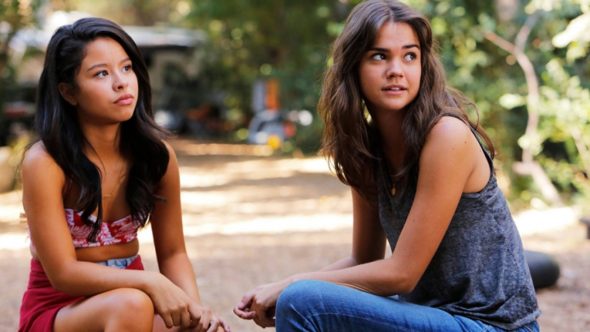 Good Trouble is off to a good start. This week, Freeform announced production has begun on the upcoming Fosters spin-off series.

The dramedy “will follow Callie (Maia Mitchell) and Mariana (Cierra Ramirez) as they embark on the next phase of their young adult lives in Los Angeles.”

Additionally, Freeform announced Tommy Martinez, Zuri Adele, Sherry Cola, Roger Bart, Emma Hunton, and Ken Kirby have joined the cast of Good Trouble. A premiere date has not yet been set, but you can read more details below:

Today, Freeform officially began production on “Good Trouble,” the spin-off to the critically acclaimed drama “The Fosters,” in Los Angeles. The series, which was announced earlier this year, will follow Callie (Maia Mitchell) and Mariana (Cierra Ramirez) as they embark on the next phase of their young adult lives in Los Angeles.

Joining Maia Mitchell and Cierra Ramirez as series regulars are fellow neighbors at The Coterie apartment complex: Tommy Martinez (“Riverdale”) who will portray Gael, a socially conscious and politically active graphic designer; newcomer Zuri Adele who will portray Malika, a whip-smart former foster kid with a pension for social justice; and Sherry Cola (“I Love Dick”) who will portray Alice, a first-generation Asian American who manages the apartment complex. Roger Bart (“A Series of Unfortunate Events”) will portray conservative Judge Wilson for whom Callie is clerking.

Rounding out the cast are Emma Hunton (“Happy Endings”), who will portray Davia, a no holds barred teacher who also lives at The Coterie, and Ken Kirby (“The Gay and Wondrous Life of Caleb Gallo”), who will portray Benjamin, a conservative fellow clerk who works with Callie.

What do you think? Are you a fan of The Fosters? Will you watch Good Trouble?