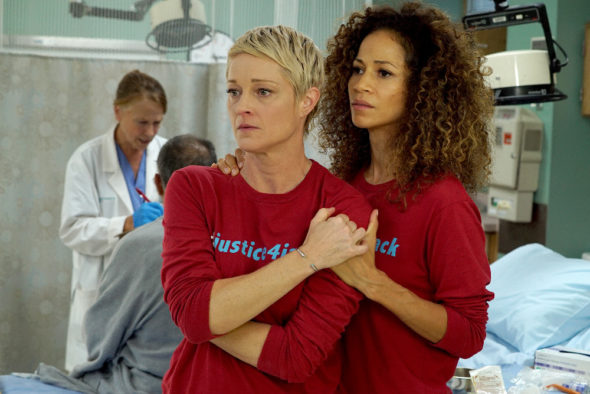 What’s next for The Fosters? Recently, stars Maia Mitchell and Cierra Ramirez spoke to TVLine about the end of the Freeform TV show and the series’ planned spin-off.

As reported earlier, The Fosters will end after season five but Freeform has greenlit a 13-episode spin-off series starring Maia Mitchell and Cierra Ramirez. Speaking to TVLine, Mitchell revealed the cast only found out about the cancellation shortly before the public:

We found out a couple minutes before the [press] release came out, and it was surprisingly emotional and sad, and then exciting and also devastating.”

And what about this spin-off? Apparently, the series will follow Callie and Mariana to Los Angeles and Ramirez says it will be “different than anything we’ve ever done.”

What do you think? Do you watch The Fosters? Will you check out the spin-off series?

I really enjoyed this show and will definitely watch the spinoff Good Trouble.

Yes, I will definitely watch the new series.. however, one question about “The Fosters”, what became of Tess, her husband and son who were their neighbors ?

what I don’t understand is why they spent like three solid seasons focusing on the whole Callie and Brandon thing when they were not even end-game.

I wish the show would continue. One of the best I have watched. Terrible it is ending.

I will most likely not watch the spinoff. I was most interested in Hayden Byerly and his part of the show.

I will miss one of the best shows on TV. It remained one of Freeform most watched shows. Season six should have happem. I will watch the spinoff.

The series started out good, but the last season or so has turned into nothing but an SJW **** sandwich, good riddance.

This is so sad. At least one more season seems in order. I’ll definitely watch a spin-off though in hopes that some of the original cast will still be on it from time to time.

This is one of the best shows on TV! It’s real life. It teaches. It’s family. It needs to continue! I WILL NOT watch a spinoff.

My interest is in Stef and Lena. While I like all of the support cast, I am not planning on watching the spinoff.