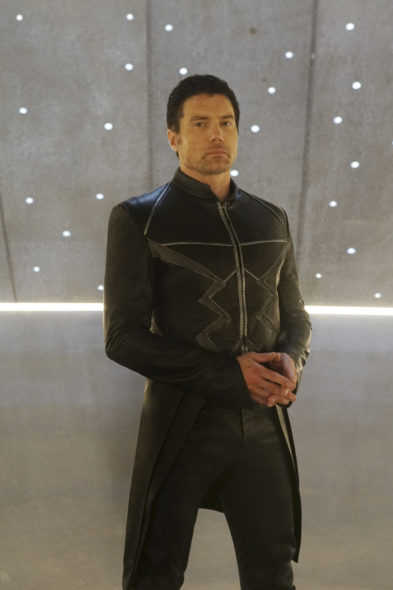 While no news may be good news, no PR presence is bad news for a potentially cancelled TV series. In another move which indicates Marvel’s Inhumans TV show is cancelled, Disney-ABC has removed the superhero drama from its press site. The is not the first sign that a second season of the low-rated program is unlikely. Earlier this month, ABC Entertainment President Channing Dungey admitted the network was disappointed with its performance in the Nielsen ratings and didn’t offer much hope of a renewal.

A live-action ABC TV series based on the Marvel comics, Marvel’s Inhumans stars Anson Mount, Iwan Rheon, Serinda Swan, Eme Ikwuakor, Isabelle Cornish, Ken Leung, Ellen Woglom, Sonya Balmores, and Mike Moh. The sci-fi drama centers on Black Bolt (Mount), King of the Inhumans, who can wipe out an entire city with just a whisper. After a coup separates the Royal Family, they strive to reunite to save themselves and maybe Earth, too.

Despite getting a lot of promotion, including a disappointing cinematic premiere at IMAX theatres, the first season of Marvel’s Inhumans averaged a 0.62 rating in the 18-49 demographic and 2.56 million viewers. Those numbers are extremely low for a broadcast network drama’s first season. Currently Marvel’s Inhumans ranks 15th out of the 18 ABC TV shows we’re tracking.

Fans aren’t taking the likely cancellation of Marvel’s Inhumans sitting down. Among their efforts to secure a second season, they’ve posted a petition to Change.Org. Check it out, here. You can also follow the effort on Twitter @RenewInhumans.

What do you think? Will Marvel’s Inhumans TV series be cancelled or renewed for a second season? Have you signed the petition? What would happen, if it were up to you?

1/23/18 update: While the show has still likely been cancelled, ABC has added Marvel’s Inhumans back to their press site.

They had to close the theater run a week early due to poor ticket sales, so this wasn’t their X-Men solution.

Good for ABC, the least watched network of the big 4: CBS, NBC, Fox and ABC. Maybe try and stop the hemorrhaging with more reality TV instead of getting in better writers? I mean, why put more effort and time into one of the more popular comic book storylines when it’s easier to settle on sucking and continuing to pump crap out.

The show is to be cancelled while it got 0.60 ratings yet other superhero shows like Arrow, Supergirl, and DC’s LoT are staying long even they got 0.50 ratings and lower.

How this shows are still alive is mystery for drunk.

How INHUMAN of them to do this! They cut Medusa’s Hair? Really? Then it had to be cancelled.

I really liked the show but agree that Medusa’s hair should have stayed and they should continue the series but expand the story line. Show the previous history of when they were on Earth, etc. The network sucked at promotion and stuck it on at a crap time slot. I hope they renew and improve it. Anson mount is a grat actor but they reduced him to a supporting role. I was really looking forward to this series.

next time, come up with a few good writers before deciding to have a series.

Cost saving moves is what doomed this series, how do you cut Medusa’s hair off? You do it to save money on CGI. They should have never tried to send it to series if they were not going to be behind it. Who does not know that a Superhero show is going to cost money? The reason why everyone was on a small Hawaiian island instead of scattered over a much larger area. I wish it had new show runners that actually could have read the comics and chosen a better story. I also did not like the Triton story… Read more »

Yes, it definitely should’ve stayed a movie. ABC and other networks are not friendly to genre shows, both in terms of ratings or the networks themselves not liking genre shows (thus not giving higher budget).

With TV ratings falling like mad for almost every show, would’ve been much more lucrative to continue as a movie, where Inhumans will ACTUALLY become canon.

Once the finale was over, I dropped it from my DVR. Sad thing was, you have these great actors and great concept, but the writing or the production or both just sucked. Or it was a $hitty editing job.

With that I agree completely

The 8 episodes of Inhumans were way better than the current season of S.H.I.E.L.D.

No complaints here. I watched it out of dedication to Marvel”s connected universe but I’m really happy to know I won’t ever hear the horrible actress that played Medusa murder another line again.

That actress was one of the best (and only) good things about this show.