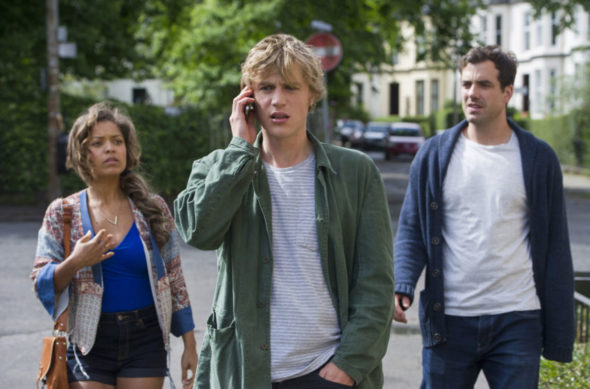 Why was Scrotal Recall retitled as Lovesick? Recently, creator Tom Edge spoke with Entertainment Weekly about the Netflix TV show.

The comedy stars Johnny Flynn as Dylan, a 20-something Brit who has to notify all of his past sex partners that he’s come down with Chlamydia. The cast also includes Antonia Thomas, Daniel Ings, Joshua McGuire, Hannah Britland, and Richard Thomson.

In the interview, Edge explained why Scrotal Recall was changed to Lovesick:

Everyone always assumes it was Netflix, but actually, we ended up asking Netflix if they could figure out whether the audience for the show found the title off-putting, and they did a little survey of people who had watched the first season, and rating it well, and they found that the majority of people wouldn’t recommend it to friends and family because it would involve saying the word “scrotal” out loud. In terms of word of mouth, this seemed problematic, to say the least, and because it was Netflix, and we knew that they would be able to tell people who loved the first season that it still existed, but in new garb, we figured that it might be a wise decision to change it. I think we still have maybe five percent of our viewers who think we threw away the greatest title of all time, but I think most people are quietly relieved to be able to tell their grandparents what they watched this weekend without curling up and wanting to die.”

What do you think? Do you watch Lovesick? Do you miss the old title?