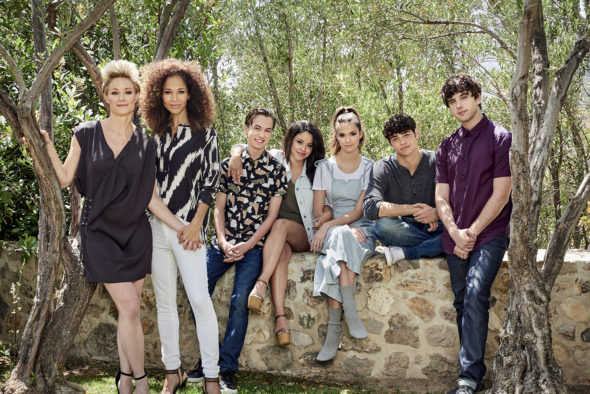 What fate awaits the Foster family? Has The Fosters TV show been cancelled or renewed for a sixth season on Freeform? The television vulture is watching all the latest cancellation and renewal news, so this page is the place to track the status of The Fosters, season six. Bookmark it, or subscribe for the latest updates. Remember, the television vulture is watching your shows. Are you?

The fifth season of The Fosters averaged a 0.25 rating in the 18-49 demographic and 619,000 viewers. Compared to season four, that’s down by 27% and down by 23%, respectively. Learn how The Fosters stacks up against the other Freeform TV shows.

Though the ratings are still positive, I wouldn’t be surprised if this TV series ends with season five, and that nice 100 episode sized syndication package. Remember what happened with Switched at Birth. Although its fourth season received higher ratings than season four of The Fosters, eventually, Freeform announced that family drama would end with season five. I’ll keep an eye on the Nielsens, so subscribe for free updates on The Fosters cancellation and renewal news.

1/3 update: As expected, Freeform has announced The Fosters will end with season five and a special summer “series event.” The cable network also ordered a spin-off. Details here.

What do you think? Should The Fosters have been renewed for a sixth season? Will you check out the spin-off?

The Fosters is a great show and it would be really great for a season 6 to be released.

I connect with every character on this show and I would much, much rather this show get a season 6. I wouldnt watch the spin off, honestly. I think this show gives it’s viewers so much more than just a deep plot. I fully believe this show deserves a season 6.

Hi my name is Allie and I watched all the episodes of The fosters and it was so good that I watched all of them over and over…. I am so sad there will not be a season 6

I have just learned about this series over Christmas December 25 2018 I have binged watch every series. LOVE this show. The show will not be the same without the mamas their chemistry is just WOW. ❤️and the rest of the family. Why does every good show end? Terri Polo and Sheri Saum is amazing just love them. Please please reconsider starting a brand new series 6 and continue on. If young and the restless, Bold and the beautiful can keep going well THE FOSTERS is WAY BETTER and a lot more INTERESTING and REALISTIC to everyday living with ups… Read more »

I agree with EVERYTHING you have typed! “THE FOSTERS is WAY BETTER and a lot more INTERESTING and REALISTIC to everyday living with ups and downs.”

Hi I am from South Africa and only recently found out about the series. I only watched 3 season and don’t know where to find the rest but what I can say is my wife and I are also married no children but we love this show so please don’t cancel and make 40 more seasons.