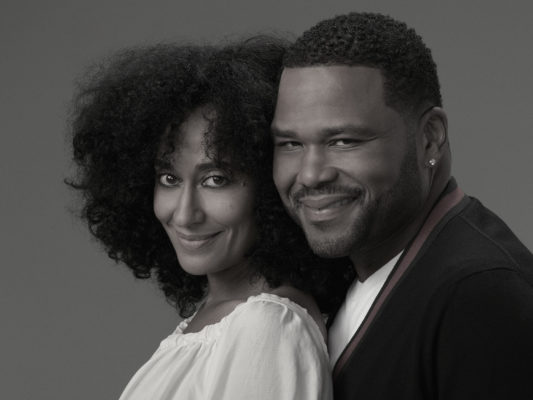 Are Dre and Bow keeping the family together in the sixth season of the Black-ish TV show on ABC? As we all know, the Nielsen ratings typically play a big role in determining whether a TV show like Black-ish is cancelled or renewed for season seven. Unfortunately, most of us do not live in Nielsen households. Because many viewers feel frustration when their viewing habits and opinions aren’t considered, we’d like to offer you the chance to rate all of the season six episodes of Black-ish here. *Status update below.

An ABC sitcom, Black-ish stars Anthony Anderson, Tracee Ellis Ross, Laurence Fishburne, Yara Shahidi, Marcus Scribner, Miles Brown, Marsai Martin, Jenifer Lewis, Peter Mackenzie, Deon Cole, and Jeff Meacham. Wealthy ad executive Dre Johnson (Anderson) and his wife, anesthesiologist Rainbow (Ross), want to give their children the best of life, as well as a strong foundation for a bright future. They’re determined that those will include a strong sense of cultural identity and respect for their past. That’s not always easy in a rapidly changing world..

What do you think? Which season six episodes of the Black-ish TV series do you rate as wonderful, terrible, or somewhere between? Should ABC cancel or renew Black-ish for a seventh season? Don’t forget to vote, and share your thoughts, below.

I have been following this series from the beginning and have never been disappointed in the writing and acting!! It had better be renewed for Season 7 (lucky aeven) OR Iwill be sorely disappointed!! KUDOS to all involved with it!!

Seems as if they are out of touch. Personally I used to like the show but now the problems in which they face are completely unrelatable and the writers need a dose of reality and just cancel it now before it gets worse then what it is.

Love this show been watching the old shows and it is just wonderful.