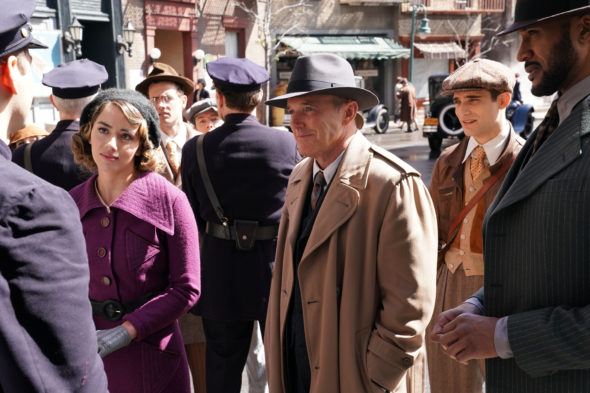 An ABC sci-fi action-adventure drama airing on the ABC television network, Marvel’s Agents of SHIELD stars Clark Gregg, Ming-Na Wen, Chloe Bennet, Elizabeth Henstridge, Iain De Caestecker, Henry Simmons, Natalia Cordova-Buckley, and Jeff Ward. In the seventh and final season, Coulson and the Agents of S.H.I.E.L.D. are thrust backward in time and stranded in 1931 New York City. With the all-new Zephyr set to time-jump at any moment, the team must hurry to find out exactly what happened. If they fail, it would mean disaster for the past, present and future of the world.

I really love this series so hope that it will be renewed to come back for a Season 8, but I think that the last episode was rushed and could have been spread out more. Hope it comes back in some way wether back on TV or Disney+. It would also be better with more MCU characters like they had Nick Fury before and Maria Hill.

Look forward to seeing new season whenever caught up on this show. Really hope it continues on Disney plus so good love it.

This has to be the worst season 7 ever terrible and not good no wonder it’s going away.

love the show, even with its few missteps, but i hope they DONT stay back in time for more than 2 episodes, and hopefully dont then go to the future, bring it back to “present” time, and please NOT with hydra in charge of the country/world