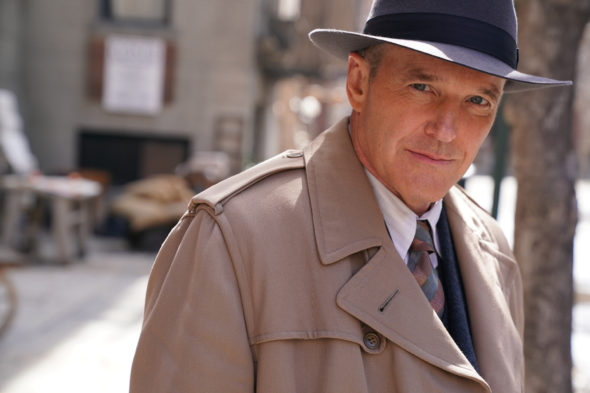 Is there enough time for the team? Has the Marvel’s Agents of SHIELD TV show been cancelled or renewed for an eighth season on ABC? The television vulture is watching all the latest cancellation and renewal news, so this page is the place to track the status of Marvel’s Agents of SHIELD, season eight. Bookmark it, or subscribe for the latest updates. Remember, the television vulture is watching your shows. Are you?

Airing on the ABC television network, Marvel’s Agents of SHIELD stars Clark Gregg, Ming-Na Wen, Chloe Bennet, Elizabeth Henstridge, Iain De Caestecker, Henry Simmons, Natalia Cordova-Buckley, and Jeff Ward. In the seventh and final season, Coulson (Gregg) and the Agents of S.H.I.E.L.D. are thrust backward in time and stranded in 1931 New York City. With the all-new Zephyr set to time-jump at any moment, the team must hurry to find out exactly what happened. If they fail, it would mean disaster for the past, present, and future of the world.

What do you think? Are you sorry that the Marvel’s Agents of SHIELD TV show won’t be renewed for an eighth season?

I just finished the show. I am completely obsessed. THEY NEED TO BRING THE SHOW BACK. Who cares if its underrated or whatever the reason for it being down. So many people grew up with this show and wants more!! It has been my all-time favorite show I’ve ever watched.

Agents of shield is the best show ever I care about it so much that I wrote a letter to marvel my self give by them an idea to make a season eight and it was pretty good it was: when the chronacomes read the time stream they read that the team was never going to be in the same room together ever again When they said that, the idea sparked. Deak stayed behind so that the rest of the team could go back to their timeline, but Deak was a part of the teamaswell, so not all of them… Read more »

wow!! good story, I would loveeee to see that in action!

They had to cancel it because it was very underrated. Im very very upset about it too since it is and always will be my favorite show.

Please bring them all back…im from indonesia..i am a HUGE FAN of this series…the best ever…i would cancell all my plans just for this series..please just bring them back…im so serious bout this….i miss them already

We need more of Shield. Excellent storyline. At this point I have seen the series over at least 4 times . Every time I watch an episode I find something different Need more seasons

I Loved Watching Agents of Shield. Best Series ever! We loved Everything about the series, Lovable Characters, Great Tech and Outer Space Mystery. I have to mention we laughed, cried, and so Happy when the lived through whatever mission they were on. Great writers.
Thank You so much for entertaining us through hard times. PLEASE BRING THE SERIES BACK! I REALLY MISS IT.❤❤❤

I don’t want Agents of Shield to ever end!

I just finished Agents of Shield, I bing them all. Absolutely love the concept outstanding and the characters. I never thought the serie would be so awesome. Marvelous!!! In everything..

This is the biggest mistake they will ever make this series keeps you on your feet and peeks your interest in the next upcoming Episode. Why would you Cancel a Money Making Series. You should be Fired. Who’s Running this Operation. They don’t know squat about viewers.

Please keep shield going I love this show and the characters!!!!!!!

Please, please, please have a Season 8 & more of Agents of SHIELD! My family loves this series!