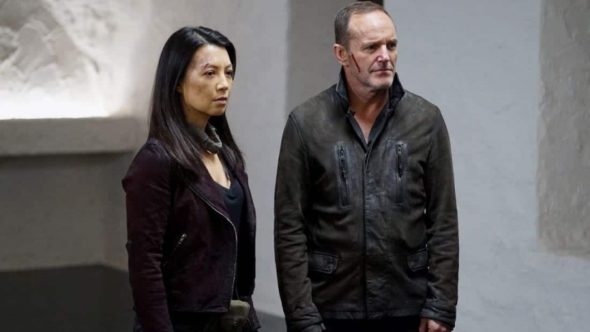 What can fans expect from the end of Marvel’s Agents of SHIELD? The cast of the ABC TV show recently shared photos from the set of the upcoming series finale.

The two-part season six finale of Marvel’s Agents of SHIELD debuts on ABC on August 2nd at 8 p.m. ET/PT. The seventh and final season is slated to debut in 2020.

See the cast’s farewell photos and messages below:

What do you think? Are you a fan of Marvel’s Agents of SHIELD? How do you want the series to end?

OMG, now that it’s gone I sure hope they don’t think they need to put on another ridiculous super hero type show…. Glad it’s finished.