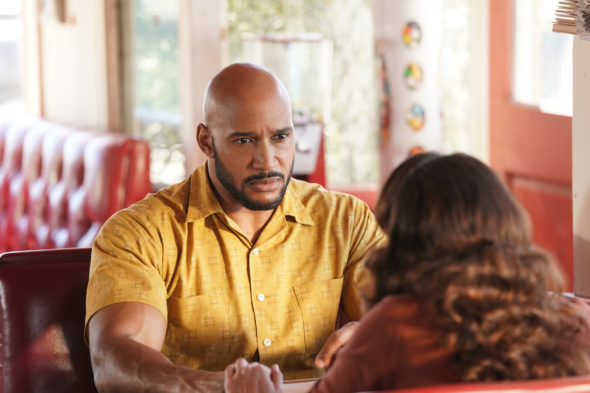 Marvel’s Agents of SHIELD is currently airing its final season on ABC, and one star thinks the fans that will be happy with how the series ends. Henry Simmons spoke about the series coming to an end in an interview with Collider. He is the actor behind Mack, the current head of SHIELD.

In talking about saying goodbye to his character, Simmons said:

“Whenever you do a job, the character always stays with you, in some way, shape or form. It does take time. By now, I’m out of it, but it took me a little bit to put it down. We finished in July, and for that reason, I didn’t take any jobs for the rest of 2019. I said, “I wanna spend time with my family.” Doing the duties of a father and a husband, and having my life back with my family, got me out of it much quicker. It’s one of my favorite characters, and maybe the most favorite that I’ve ever prayed because there was a range of things, with comedy, action, drama and so many things, involved in that character and the progression of the character. It actually is my favorite character that I’ve ever played.”

He said the following about the finale of the ABC series:

Marvel’s Agents of SHIELD is currently airing its seventh and final season on Wednesday nights on ABC.

What do you think? Are you sad to see this TV series end? Do you think you would have watched season eight of Marvel’s Agents of SHIELD on ABC?

“Everyone will accept the reality of the situation” is a far cry from “everyone will be happy”.
He contradicts himself before he even gets to the end of the paragraph…not a good sign.

Who the heck cares..This should have been done 2 seasons ago..it was crappy and they didn’t care a bit when they left everyone hanging with Agent Carter after getting cancelled after only 1 1/2 seasons and that was a Great show! ABC you Suck!

This is one of a few series that doesn’t get stale after a few seasons. We hate to see it go!