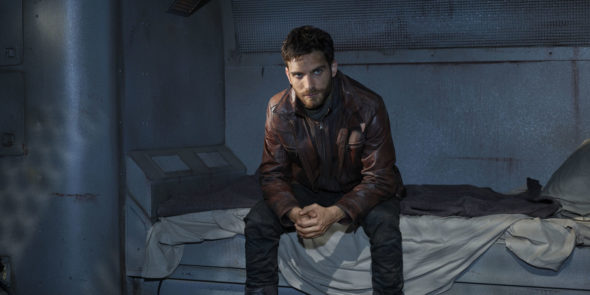 Get ready to see a lot more of Deke Shaw. Deadline reports Jeff Ward has been promoted to series regular for season six of the ABC series Marvel’s Agents of SHIELD.

Season six of Marvel’s Agents of SHIELD is slated to debut on ABC in 2019.

Take a sneak peek at the premiere episode below:

What do you think? Do you watch Marvel’s Agents of SHIELD? Are you excited for season six?

I’m not going to watch season 6. I loathe Inhumans, I hate that these things are always the show’s focus and that they always go away unpunished when they cause death and destruction, thanks to the Inhuman-worshippers of SHIELD. I dislike Shaw as much as I dislike Mackenzie, Rodriguez and Johnson.
So, without Coulson alive, in good health and as main character in all episodes, season 6 has nothing I like and nothing I want to see.

So excited!!; and I am very, very GRATEFUL for “ABC, the Weadon’s and the other producers, writers and AMAZINGLY talented cast”; to give us fans MORE of Agents Of Shields! And especially to Clark G (Coulson)’s willingness to still be part of this marvelous tv series. I LOVE AGENTS OF SHILDS!!; and if Phil Coulson doesn’t come “back” somehow, I will be very sad, but will STILL watch my favorite Marvel Show….. AGENTS OF SHIELD ! <3

Love this show. Finishing season 5 now. Can’t wait for it to come back on.