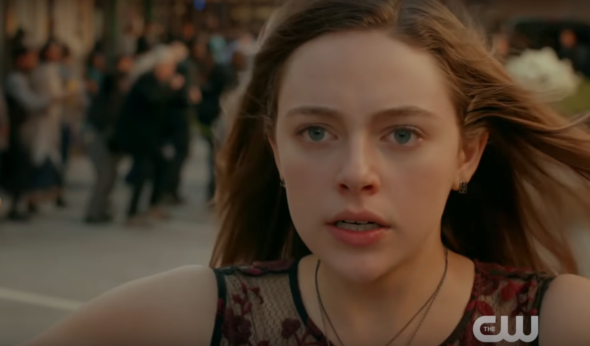 “There’s no place in the world for someone like me.” The CW has just released trailers for their new TV shows Legacies and Roswell, New Mexico.

A spin-off of The Originals, Legacies centers on “the next generation of supernatural beings at The Salvatore School for the Young and Gifted. Klaus Mikaelson’s daughter, 17-year-old Hope Mikaelson; Alaric Saltzman’s twins, Lizzie and Josie Saltzman; and other young adults come of age in the most unconventional way possible, nurtured to be their best selves… in spite of their worst impulses.”

Roswell, New Mexico, on the other hand, is a reboot of the WB/UPN series starring Shiri Appleby, Jason Behr, Katherine Heigl, Brendan Fehr, and Colin Hanks. The new series follows Liz Ortecho, “a jaded biomedical researcher and the daughter of undocumented immigrants, is haunted by a tragic incident. She discovers a shocking truth about her teenage crush who is now a police officer: He’s an alien who has kept his unearthly abilities hidden his entire life.”

Legacies debuts on The CW on October 25th while the network has yet to announce a premiere date for Roswell, New Mexico.

What do you think? Do you watch The CW? Will you check out Legacies and/or Roswell, New Mexico?

I think I’m gonna get bored with Legacies. But will be watching Roswell.

I will definitely watch both