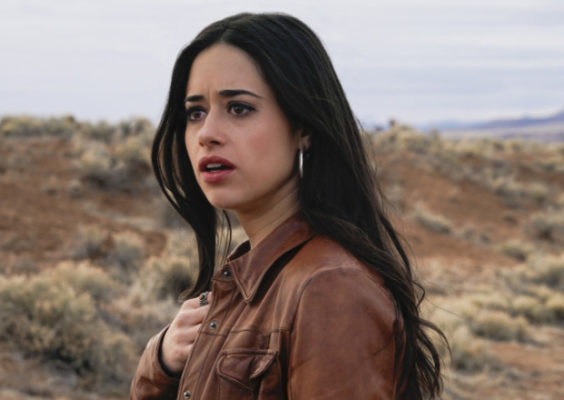 The CW seems to think this series is out of this world. The network has renewed the Roswell, New Mexico TV show for a third season for the 2020-21 broadcast television season. The second season is set to debut on Monday, March 16th, at 9:00 PM.

A science-fiction drama, the first season of Roswell, New Mexico stars Jeanine Mason, Nathan Dean Parsons, Lily Cowles, Michael Vlamis, Michael Trevino, Tyler Blackburn, Heather Hemmens, Trevor St. John, and Karan Oberoi. Based on the Roswell High book series (which was also the basis for a 1999 TV series), this series centers on Liz Ortecho (Mason), who’s back in town after a decade away. After reconnecting with her old crush, Roswell PD Officer Max Evans (Parsons), she learns he, his sister Isobel (Cowles) and their friend, Michael (Vlamis), are aliens. Now Liz has to keep this secret from everyone she knows, including her old high school boyfriend, Dr. Kyle Valenti (Trevino), and her best friend, Maria De Luca (Hemmens). Meanwhile, the politics of hatred, fear, and division threaten to expose them all and risk everyone’s lives.

What do you think? Have you watched the Roswell, New Mexico TV series? Do you plan to tune in to watch season two in March?

Just bring it back it was a great show

Just bring it back it was a great show

Just finished season 2 and loved it. Waiting for season 3 to come to Netflix.

One of the best programs I have watched. Great actors! Glad Season 3 has been renewed.

Awesome series ! I look so forward to each and every episode. PLEASE keep it going !

What happened to Roswell? March 26th but it didn’t come out….What is the deal…we liked this program…