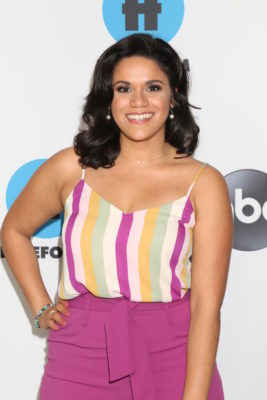 On Roswell, New Mexico, Adorno will be playing Steph, a “witty, sharp-tongued, well-educated young woman, who isn’t afraid to express her opinions — even though they tend toward controversial in some circles. Steph never apologizes for being her entire self.”

Season two of Roswell, New Mexico premieres on The CW in early 2020.

What do you think? Have you seen Roswell, New Mexico? Will you watch season two?

Interesting premise , enjoy the story line and the acting is very good. I always enjoy watching this show.

Yes absolutely I will watch season 2.
I am a big Nathan Dean Parsons fan so I hope
He comes back from being dead.