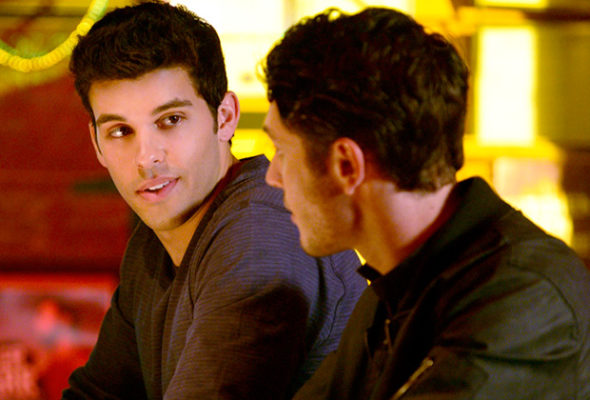 Roswell, New Mexico is adding an alum from The Originals to its third season. Steven Krueger will have a recurring role in third season of The CW sci-fi reboot series.

Deadline revealed the following about Krueger’s upcoming role on Roswell, New Mexico on The CW:

“Krueger will play Heath, Liz’s ambitious colleague at a high-tech laboratory in Los Angeles. Despite his casual irreverence, which Liz finds infuriating, Heath cares deeply for his work and like Liz, is willing to do whatever it takes to make the world a better place. Even though Heath and Liz don’t always see eye to eye, his different approach ultimately pushes her to break her old patterns and discover new ways of looking at the world.”

Season three will arrive in early 2021, but a specific premiere date has not been set.

What do you think? Are you a fan of Roswell, New Mexico on The CW? Are you excited to see Krueger on the series?

I am soooo happy you’re bring Roswell New Mexico back, so few interesting shows on TV any more and when there is it usually gets canceled after a season or two. This is the only show I’ve looked forward to that hasn’t been canceled in the past couple of years, Thank You!

Perfect choice! Great addition to the cast. He did so well in his role in The Originals.

Steven Kruger is very credible in any role he plays….excited to see him in this new role

Loved all the books, Can not wait for Max Liz Micheal Izzy everyone to return. seasons needs more episodes longer season

Fantastic show with a great storyline, really great chemistry with the cast. Thank you to everyone involved with the show–writwrs, cast, crew etc.