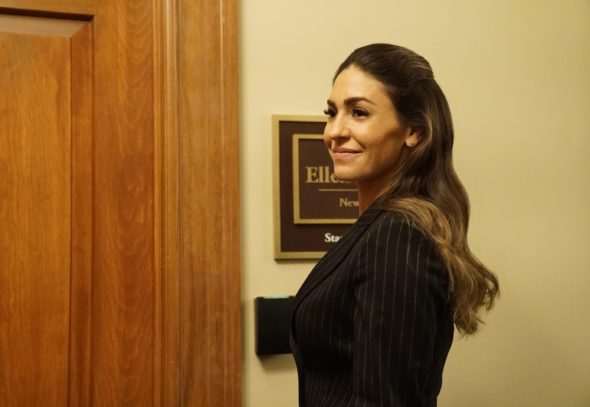 Get ready for more Yo-Yo! Marvel’s Agents of SHIELD season five will feature more of Natalia Cordova-Buckley. She has been bumped up to a series regular role for the upcoming season.

ABC revealed more about the move in a press release. Check that out below.

Marvel Television announced today that Natalia Cordova-Buckley has been promoted to series regular for the fifth season of the ABC series Marvel’s Agents of S.H.I.E.L.D.

A fan favorite, the Latina actress joined the cast in the third season of the hit series as Elena “Yo-Yo” Rodriguez, a Colombian citizen who underwent Terrigenesis during the Inhumans Outbreak, where she gained the ability to travel at superhuman speed for the length of a single heartbeat before snapping back into her original place.

“Natalia is a powerhouse in her work and in her daily life, and she has imbued one of our favorite characters with her natural strength and humor. Natalia was instantly a part of the S.H.I.E.L.D. family the first day she walked onto set, and we’re happy she’s now an official member of the S.H.I.E.L.D. team,” said executive producers Jed Whedon, Maurissa Tancharoen and Jeffrey Bell.

Cordova-Buckley also reprised the role of “Yo-Yo” as the lead character in the digital series “Marvel’s Agents of S.H.I.E.L.D: Slingshot,” which received two 2017 Webby Award wins including Best Film & Video: Drama: Long Form or Series and People’s Voice Award and was also most recently nominated for a 2017 Emmy(R) Award for Outstanding Short Form Comedy or Drama Series.

The series was co-created by Joss Whedon, Jed Whedon & Maurissa Tancharoen, who also serve as executive producers along with Jeffrey Bell and Marvel’s Jeph Loeb and Jim Chory.

Marvel’s Agents of S.H.I.E.L.D returns to ABC this winter.”

Are you excited for the return of Marvel’s Agents SHIELD? Tell us what you think.

Excited to see the upcoming season!