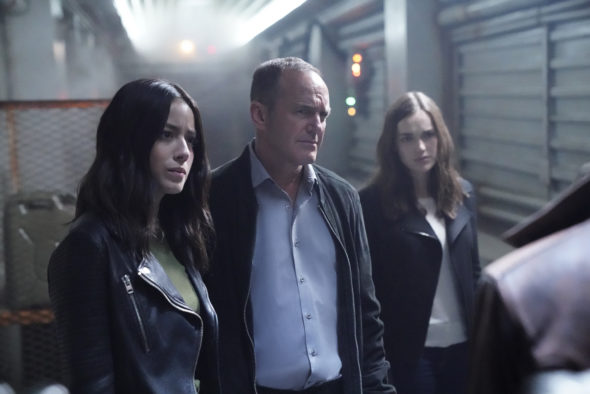 Speaking to Den of Geek, Gregg revealed he thinks Marvel’s Agents of SHIELD will only run for two more seasons. The ABC series has already been renewed for a sixth season that is set to debut in May 2019.

That’s the word I’ve heard. The announcement I read was, two more seasons, six and seven.”

ABC has not confirmed the news, but it would not be surprising given the show’s decline in ratings over the past few seasons.

What do you think? Do you watch Marvel’s Agents of SHIELD? How do you want the series to end?

please renew the series and find a way to keep up FitzSimmons and work the return of Framework “good” Grant Ward back into the storyline. Ratings will go up!

Honestly, the ratings for the series has never been good for live TV viewing. The only reason the show is getting a season 7 is because they can keep the cast intact because season 6 is only 13 episodes (half a season). They are shooting season 7 now I believe. Keep the production going and shoot another 13. In a way, the cast and crew are doing a “full regular season” of episodes back-to-back.

Better to go out on a high than to overstay your welcome. I respect that.

I love this show. The network(s) jumble airing times on shows for so long and very little reairing advertising I believe is the reason show ratings drop…fans don’t know when or that a series is back on TV again!

Too many shows take so much time off I forget they were even there. Totally forgot about Sheild. Hope they replace it with something worth watching.

That’s cool. I’d be happy with 7 seasons of this kickass show

I agree. I only hope they don’t start pandering to the SJW’s, etc. If I get even a hint of pandering, I’m out. This is the one show that I enjoy for it’s pure escapism along with good story telling.