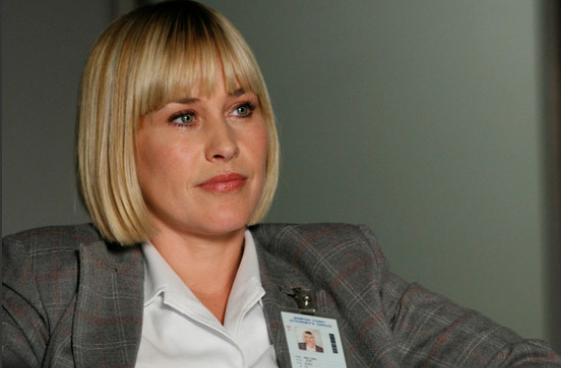 Is Medium returning from the dead? Recently, star Patricia Arquette addressed the possibility of a revival for the cancelled CBS TV show, Deadline reports.

The drama series stars Arquette as Allison DuBois, a devoted wife, mother, and law student who learns that she has the ability to speak to dead people and to see the future in her dreams. The series ran on NBC for five seasons before moving to CBS in 2009 and airing for another two seasons.

During a recent appearance on The Talk, Arquette revealed she would be interested in a Medium revival series:

Are you a fan of Medium? Read a series finale refresher here.

What do you think? Would you watch a Medium revival? Which characters would you like to see return?

Yes bring it back!

I loved this show! Awesome writing and I can see a remake where Patricia Arquette is a consultant for a new medium still helping solve difficult cases.

I absolutely love this Show and continue to watch the re-runs. It could be revived as Allison could have dreamt a different finale. This Show should be brought back.

I Watch the series from series one through seven in two weeks. I couldn’t stop please please bring back a new seven series I love that program and I love Patricia Arquette and the whole cast. Please please bring it back.