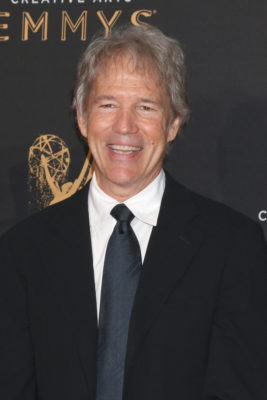 What happened to The Lincoln Lawyer TV show? Recently, CBS boss Kelly Kahl spoke with Deadline about the network’s decision to pass on the planned David E. Kelley TV Show.

As reported earlier, CBS cancelled their series commitment to The Lincoln Lawyer this month. The drama is based on the novels by Michael Connelly which were adapted into a film starring Matthew McConaughey in 2011.

Speaking to Deadline, Kahl said CBS‘ decision to pass on comedy pilot Fun and  The Lincoln Lawyer was “tough” but a result of the “unprecedented time” we are currently in and the industry’s production shutdown:

It’s a tough time, unprecedented time, and we just had to make some very hard decisions. In both cases, there were very talented producers but our upfront process was moving forward, and in some cases, time was of the essence, and we had to make some tough calls.”

This doesn’t necessarily mean the end for The Lincoln Lawyer. The series will likely be shopped around to other networks.

What do you think? Were you looking forward to watching this new Kelley series? Would you check it out on another channel?

I thought The Practice was one of THE BEST SHOWS EVER. I watch the reruns all the time and it is the most compelling, well written, plot twisting, exciting show Ever. I would LOVE to see Lincoln Lawyer. I hope you find a network home for it!

I was looking forward to watching Lincoln Lawyer and definitely checking to see if other networks have it.

Love David E. Kelly and I think that the The Lincoln Lawyer series is bound to be awesome. Loved the movie and book and I think there’s lots of material to draw from to make the series great. Can’t wait to see it on any network home.

The character exists in the same universe as Bosch, Amazon should develop it. They could use Bosch for a backdoor pilot episode.

too bad, it sounds good, hopefully someone will pick it up…perhaps a network that won’t cancel it after one season

Looking at the title I thought I would find out the reason for the cancellation. Nope!

So…the statement really doesn’t provide an explanation, but is only a generic statement. Bottom line…CBS would prefer to have generic, unoriginal shows where each one seems to be a variation of another CBS show.

If it is half as good as BOSCH it would effeminately be a winner. Go for it!