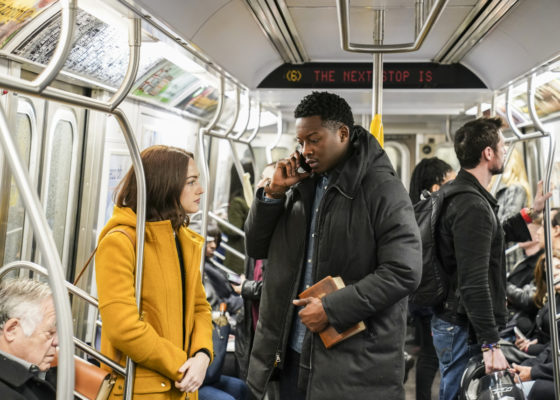 God Friended Me just wrapped its series finale, so what’s next? Recently, creators Steven Lilien and Bryan Wynbrandt spoke with Deadline about the cancelled CBS TV show and the possible future of the series.

In the interview, Lilien and Wynbrandt told Deadline their season three plans for God Friended Me had CBS renewed the series:

We would have loved to explored Rakesh and Jaya’s ongoing story, we wanted her to get pregnant and see how they would deal with it and what becoming a father would mean for Rakesh. That was a big story we wanted to explore. We also wanted to explore Miles’ relationship with the atheist podcaster that we mention in the finale, we wanted Miles to be lured over to work at his company to start a podcast, to see that relationship and how that would change Miles’ perspective on being someone who is a voice piece for atheism and young millennials.

The two creators also discussed how they turned the show’s season two finale into a series finale after finding out God Friended Me had been cancelled:

I feel relieved that we have an ending that we feel is satisfactory. We were in New York directing this episode and had to pull the plug and we had no real idea if we were going to get to finish. Then a couple of weeks ago, conversations with Warner Bros and CBS started to lean towards us not getting a renewal, so Steven and I crafted a plan to finish the finale. We’d only filmed five days so we had to get crafty and pull footage from previous episodes. The fact that we were able to pull it off was a pretty monumental thing, and we’re pretty proud of it.”

And what about continuing the series as a podcast since the main character, Miles, is a podcaster? Wynbrandt said that is a possibility:

Brandon Michael Hall has talked to us about that on occasion. Currently we are just winding down out of the editorial phase of the finale, so no plans currently, but you may want to keep your ears open for it.”

What do you think? Are you a fan of God Friended Me? Would you listen to a podcast version?

I wish another station would pick up God Friended Me but if they decide to not to continue with the show, I would definitely listen to it as a podcast!!!

We so love this show. Bring it back

This show was was of the few tv shows I watched, it was very uplifting and positive in a world filled with negativity. There is nothing on Network tv I now watch regularly, sad.

I feel that “God Friended Me” was a creative spin for today’s world! Finally a DECENT show on a network! How refreshing! I want this show to be continued!!! And, would welcome any alternative!

I just started watching this show and it spoke to me in some many ways. I need this show in more ways than one! I need to know who to write so this show can be picked up and continue with new seasons. I grew up in church and my family are strong believers but through the years things have happened and my faith was tested so many times. I have questioned God and at one point I started not to believe. I gave God so many reasons to give up on me but He never did. Through life experiences,… Read more »

What a bad move for CBS to cancell GOD FRIENDED ME for a third season. We have Dish, but limited cheaper plan did not include CBS. We signed up for ‘dish anywhere’ this allowed me to watch God Friended Me any day of the week, and any time of the day (or night). So in spite of oftentimes a sporting event or other, I eventually watched every episode of the two year series…and sometimes several times. The series was uplifting…a light, a beacon of hope So sorry to see it go.

GOD FRIENDED ME was such a worthwhile tv show! Am so very sorry it was cancelled after only 2 seasons! You like polls…where was the one about who liked the show and why? Now you want comments AFTER you made the decision to dump it.

this is a very good serie we need more like this …no violence good story…deserve to stay cancel other show that does not make any sense….please keep on so we can see what will happen you can’t let us like that…..

I’m sorry to learn of the cancellation of God Friended Me. It was my favorite show and I looked forward to each new episode. There was a lot of “meat” to it–unlike Bob Loves Abishola which became boring and distasteful. I’m glad the final episode brought a satisfying ending to each character’s story. It was a happily ever after type ending. Thank you for your courage and skill in making God Friended Me come alive and have real, authentic, and uplifting meaning.

I agree withLFBK, shame on CBS for cancelling the one show CBS produces that makes me feel good.

Sad to see a that God Friended Me has come to an end. Shame on CBS.

This show has no violence, no swearing and no killing. Why are you canceling this show? We can watch this show as a family or as old ladies. Please bring back God friended me?

Wholesome entertaining show without violence. Please bring it back!

Why do they cancel the best sitcoms and leave the worst ones on? Lived GFM it was a great family show. Saddened they canceled yet another incredibly talented family show.

My 12 year old daughter and I are completely addicted to God Friended Me. We keep looking forward to the release of new episodes on Amazon Prime. Please please bring it back!!!!!

I really enjoyed this movie… I can’t count how many times it made me cry,,,I was hoping and praying that Miles would finally recover Faith and get back together with klara and I so excited when he finally did,…
Am just so excited with the way it ended and I wish it continued..But all the same am glad it ended well,,,just that I also wished his sister changed from being a gay..