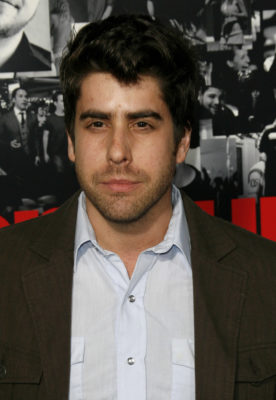 Adam Goldberg is heading to CBS. According to The Wrap, the Taken star has joined the recently renewed TV show God Friended Me.

The series revolves around a thoughtful and outspoken podcaster named Miles (Brandon Micheal Hall) whose life is turned upside down when he receives a friend request on social media from a user named “God.” The cast also includes Violett Beane, Suraj Sharma, Javicia Leslie, and Joe Morton.

On God Friended Me, Goldberg will be playing “mysterious tech billionaire Simon Hayes.” The character will make his debut on the CBS series later this year and according to executive producer Bryan Wynbrandt, Simon Hayes will reveal more about the God account.

What do you think? Are you watching God Friended Me? Will you watch season two?

i loive this show. It’s a great escape from the angry world. Keep it up, CBS!

We LOVE “God Friended Me”…we never miss it!! The stories are all feel-good happy endings which we need more of in entertainment.
Thank you for putting a show on television that we really enjoy watching.

It is my favorite program

We LOVE God Friended Me. Its so nice to watch a show that we know has a story for all of us. It shows how God is in control of ALL THINGS and knows what’s already happened in our lives and know what will happen in our lives. We don’t have to listen to curse words or see inappropriate scenes. So refreshing. Writers please keep up the good stories. Thank you!

My husband and I love this show. Good clean fun, with some giant thoughtful undertones.

So excited it’s back for another season. I can’t wait!!

My favorite show on TV; I already miss it!

Love the relationships and the caring. I will watch.

It is a very compelling plot. Looking forward to more episodes.

So glad the show has been renewed for a 2nd season. Great show!!!