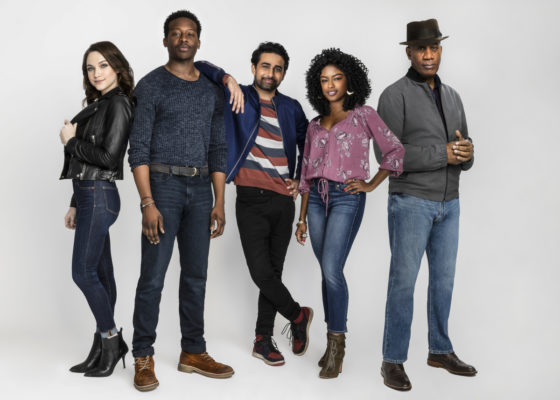 Series Finale:
Episode #42 — The Mountain
Miles is forced to examine his lack of faith more than ever before when the God Account sends him his sister, Ali, as a friend suggestion on the eve of her cancer surgery.
First aired: April 26, 2020.

What do you think? Do you like the God Friended Me TV show? Do you think it should have been cancelled or renewed for a third season on CBS?

Now that some show that were cancelled, are coming back to give us closure. I really hope that CBS finishes God Befriended Me. I can believe a wonderful family show gets the boot but you continue to show Fear.

All-time favorite show! It was incredibly bad timing to cancel it when we need this happy/hopeful content now, more than ever!

This was one of my favorite TV shows, It held my interest and, along with the cast, I tried piece bits of information together to arrive at the outcome. The title might indicate that this show was very religious in nature, which it wasn’t. Why it was this show cancelled?

Great show! Hate that it was not renewed.

Great show very much needed during these trying times. I’m not surprised they cancelled it; we can’t have anything positive with good ethnic representation across the board.

bring this show back

I can’t believe you canceled a show that had so much heart and goodness. A great family show. I hate watching a show that get canceled and there is never any closer. Please rethink your this and bring it back.

I Love “God friended me” Please bring it back! Especially during the uncertain times, we need a refreshing show

God Friended Me was GREAT! I LOVED it! Something refreshingly different from all the other crime, violent shows. I HATE when great shows get canceled!!!!

I miss this God friended me show it has some amazing acting in it I wish it wasn’t canceled wish it was renewed already !!

I hope another network picks up this show! It was a good show and people could see the capabilities of what all God is able to do!

I loved this show, great diverse real world cast, great acting, great concept, it should have ever been cancelled!!! Please bring it back!!!

Whimper! Whine! Sniff! I was VERY bummed when I read / learned that this show was cancelled. I LOVE the story and the dynamic between characters and seriously do NOT understand. My vote – BRING IT BACK!!!!!

Please bring back God Friended Me! Loved this show and how it touched the heart each week. With such a dismal reality of a pandemic, we need the stories brought to life on the show.