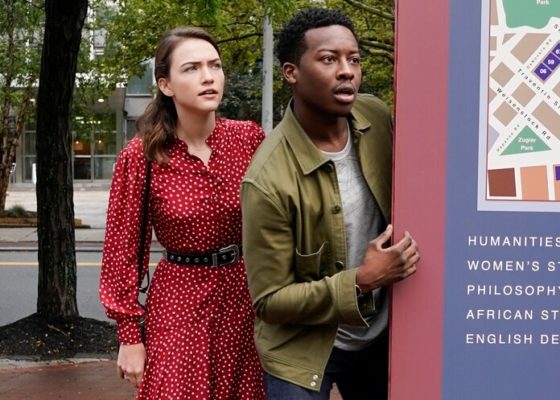 The series revolves around a thoughtful and outspoken podcaster named Miles (Brandon Micheal Hall) whose life is turned upside down when he receives a friend request on social media from a user named “God.” The cast also includes Violett Beane, Suraj Sharma, Javicia Leslie, and Joe Morton.

God Friended Me has been a ratings hit for CBS since it debuted in September. So far, season one is averaging a .97 in the 18-49 demo and 8.042 million viewers, making it one of the network’s most-watched new series for the 2018-19 season.

You can read more info from CBS below:

CBS announced today that it has renewed the freshman hit drama GOD FRIENDED ME for the 2019-2020 broadcast season.

“We’re thrilled with how GOD FRIENDED ME has performed on Sundays. It’s one of the top three new series on television, has improved its time period significantly, and continues a long tradition of prestige dramas for CBS on the night,” said Kelly Kahl, President, CBS Entertainment. Added Thom Sherman, Senior Executive Vice President of Programming, “Our amazing cast and producers have done a wonderful job of bringing this series to life each week with humorous and inspirational storylines. Viewers have clearly embraced our characters and the positive message the show delivers.”

I hope God Friended Me will be renewed for Season 3. The stories and characters leave me wanting more. There’s always something that is left hanging until the following week’s episode. American television really needs this show which focuses on decency, kindness, integrity, and religious conviction. There are way too many shows that feature evil, immorality, cruelty, and violence.

I love God Friended Me and I was very disturbed when it was not shown on a few Sunday evenings.

I think this is the best weekly show on TV. I count the days then hours to watch it after “60 Minutes” each Sunday. It has not been on for 2 or 3 weeks now and hope it has not been cancelled. It always has a great message each week. I like to characters too. No other program compares positively with it.

Great show……please continue….I haven’t missed it!!!! Great cast and wonderful message to all!!!!!!!

It was a very good show, never knowing the results!! Great acting by all! Glad it’s back!!