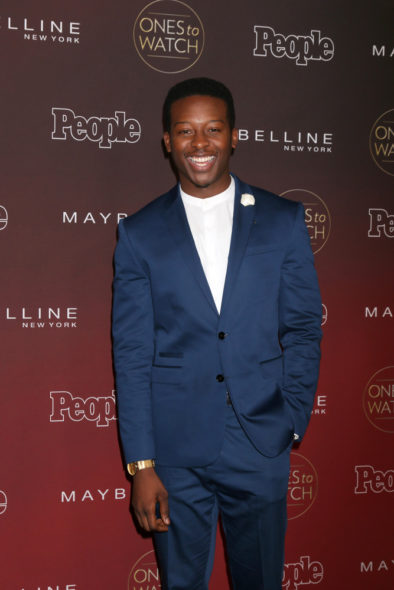 Although his sitcom The Mayor was cancelled by ABC before the end of its first season, Brandon Michael Hall is back to work. CBS has ordered his new God Friended Me TV show to series, from creator Bryan Wynbrandt, Berlanti Productions, and Warner Bros. TV. No premiere date has been released, but given the timing of the announcement, expect it to premiere during the 2018-19 television season.

A CBS drama centering on issues of faith and science, God Friended Me centers on vocal atheist Miles Finer (Hall), whose world view is shaken when God connects with him on social media. The cast also includes Violett Beane, Suraj Sharma, Javicia Leslie, and Joe Morton.

Suddenly, this reporter has the urge to dig out her Joan of Arcadia DVDs.

Here’s more on the God Friended Me TV series on CBS, via The Futon Critic.

DESCRIPTION:
A drama about an outspoken atheist whose life is turned upside down when he is ‘friended’ by God on Facebook; unwittingly, he becomes an agent of change in the lives and destinies of others around him

What do you think? How do you like the sound of the God Friended Me TV show? Do you plan to check it out, when it airs on CBS? Let us know, below.

enjoyed God friended me very much as it on everyday subjects with out murdering someone or destroying a life. It gave solutions as well as making you stop and think. Naturally it had to be cancelled we don’t want it showing the good in the human race.

I would love to see more of this

Yes, I would love to watch “God Friended Me”

I am so glad a show that relates to God is going to be on a Network channel. I will be watching.

Love the story line for “God Friended Me” and look forward to watching it! Social media is such a big part of our lives today and although I thought God spoke to us only through His Word and maybe on occasion through someone else like my pastor, who am I to question Him speaking to us on Facebook!!

It will run a short time and be replaced with Instinct. Why no family shows, or even movies of the week? Kevin Probably saves The World and Deception were good family shows that got cancelled. Just shows no need to plan to sit in front of the tv.

It will run a short time and then be replaced by Instinct. No family shows, they get cancelled, Kevin Probably Saves the World, Deception were shows family’s could watch together, looking at the schedule, I see us watching less and less television.

I predict a really quick cancellation.

Who in the world of CBS is picking these shows.
They need to find a new selection