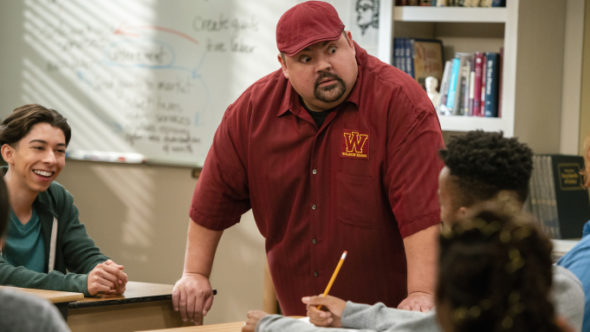 Real school may be on hold, but Mr. Iglesias is not. Deadline reports the TV show will return for a second season in June.

What do you think? Are you a fan of Mr. Iglesias? Will you watch season two?

I love this show. Everyone on it is funny. My whole family loves fluufy.

Mr Iglesias is one of the best shows currently out there. It shows us that you don’t need vulgarity and Mindless jokes to make people laugh. The whole cast of Mr Iglesias make that show worth more than any show that I’ve seen on regular cable. I pray that the networks will see its validity and keep it for many more seasons because I don’t think we’ve seen the best the show has to offer yet!!! I can’t wait to see what’s next!

Not funny…in 50 years they’ll remember the 3 Stooges but not this guy.

Thank this is a show that supplies some great laughs, and that comes from the whole cast not just Fluffy. The message behind this show is not no child left behind, no it’s bigger than that. It’s telling us no person of any age should be left behind.

I love this show very funny, touching and heartwarming. I would love to watch many seasons of this show. Great pick of cast members. Keep up the great work Fluffy.❤️

I will definitely be watching the show. Love Gabriel Iglesias! I will watch everything he is in!