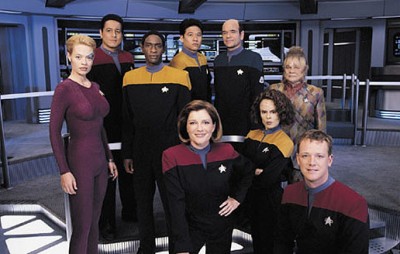 Star Trek: Voyager fans are in for a treat! The stars of the UPN TV show are reuniting in honor of the series’ 25th anniversary, reports BroadwayWorld.

The reunion, which can be watched on YouTube, benefits The Actors Fund.

What do you think? Are you a fan of Star Trek: Voyager? Will you watch the reunion?

Love Star Trek but do we have to pay to watch the reunion? If so, count me out.

i would watch. i watch anything star trek.

Well it’s so nice that Kate and Jeri put their differences behind them a handful of years ago …and no surprise at the absence of Jennifer Lien…who’s life has taken a tragic turn over the last decade – poor gal has issues.