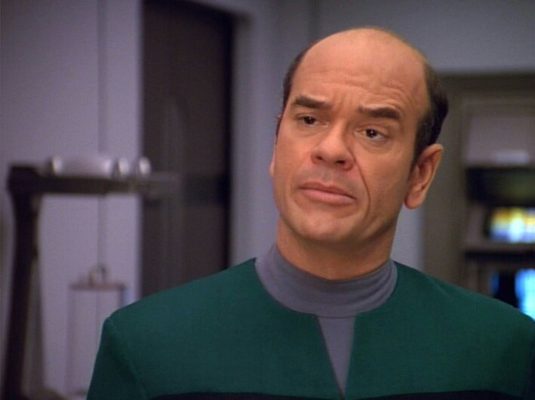 A familiar face is coming back to The Orville. TVGuide reports Star Trek: Voyager star Robert Picardo will return for season two of the FOX TV show.

For season two, Picardo will return to The Orville as Alara’s (Sage) father, Ildis. Additionally, the new season will feature new castmembers Jessica Szhor and Chris Johnson. FOX has yet to announce a premiere date for the season two, but it is expected to premiere during the 2018-2019 season.

What do you think? Have you seen The Orville? What do you hope happens in season two?

This is a great programme…. it’s funny, bits are sad…. just a GREAT programme…. so pleased it is coming back for a 2nd season….. and hope it keeps going for a long time to come…

Great news and Picardo will add something to an otherwise excellent show.

Teriffic show, so glad it’s coming back for a second season (and hopefully many more !)

Love the show, it is soooo much better, than ST Discovery, although they try hard to make it a comedy , it feels sooo much more like a real ST show, i would watch 7 seasons or more to follow, if the stories continue to evolve, and the stories inbetween about the people.