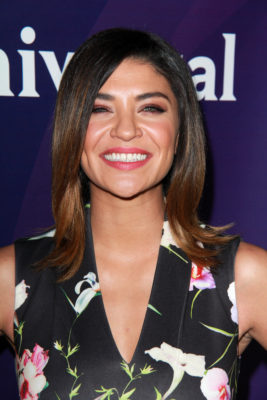 The Orville has some new company. Deadline reports Jessica Szohr has joined season two of the FOX TV show.

Details regarding Szohr’s role on The Orville are sparse, but she will be playing a new crew member onboard the spaceship. FOX has not yet released a premiere date for season two.

What do you think? Have you seen The Orville? Will you watch season two?

bortus is really the best part of the show.

I love the Orville. The most original new show on TV. That cast is great and I hope that Jessica doesn’t interfere with the chemistry they all have.

I can’t wait for The Orville to return. It’s one of the best recent TV Shows.

Marcus
Reply to  Wayne A Hames

yesssssss BIG yes will be watching orville Love the humor an inter action with casts. I truley feel give the writers this is the NEXT star trek.