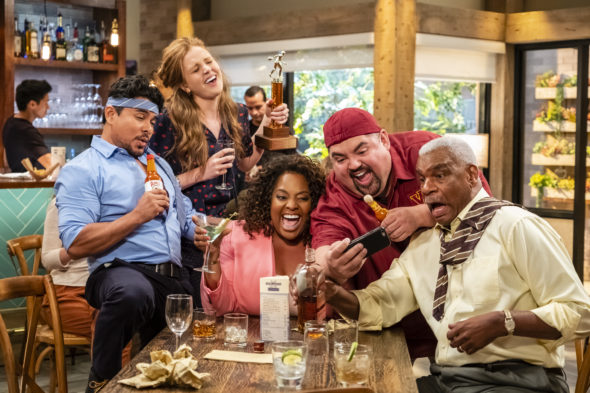 Is school back in session? Has the Mr. Iglesias TV show been cancelled or renewed for a second season on Netflix? The television vulture is watching all the latest TV cancellation and renewal news, so this page is the place to track the status of Mr. Iglesias, season two. Bookmark it, or subscribe for the latest updates. Remember, the television vulture is watching your shows. Are you?

A Netflix ensemble multi-cam comedy, Mr. Iglesias stars Gabriel Iglesias, Sherri Shepherd, Gloria Aung, Tucker Albrizzi, Jacob Vargas, Maggie Geha, Cree Cicchino, Fabrizio Zacharee Guido, Coy Stewart, Kathryn Feeney, Richard Gant, and Oscar Nuñez. The comedy centers on Gabe Iglesias (Iglesias), a recovering alcoholic and public school history teacher who plies his trade at his alma mater. When Carlos, the bully of an assistant principal, decides to cull some students from the herd to improve the school’s ranking, Gabe resolves to save them. Maybe he can help them realize the potential he knows they have, too.

Unless they decide to publicize viewership, it is difficult to predict whether Netflix will cancel or renew Mr. Iglesias for season two. Keep in mind, if Netflix is going to renew, they usually do so within a month or so. No news is not often good news from this streaming service. It seems Netflix has been cancelling a lot of series lately, but they usually seem to try to give all but the biggest bombs a chance to find an audience. Flying blind, I think this show will get a renewal, if the price is right. Since that’s just speculation, I’ll keep an eye on the trades and press releases and update this page with breaking developments. Subscribe for free Mr. Iglesias cancellation or renewal alerts.

8/8/19 update: Netflix has renewed the Mr. Iglesias TV show for a second season.

What do you think? Are you glad that the Mr. Iglesias TV show has been renewed for a second season? How would you feel if Netflix had cancelled this TV series, instead?

It is entertaining and manages a good message in each episode. I have seen shows of lesser quality get renewed year after year. It would.be nice to have a decent show thats also entertaining

Yet one more whiny show about how white people are everyone’s problem – absolute broken record garbage.