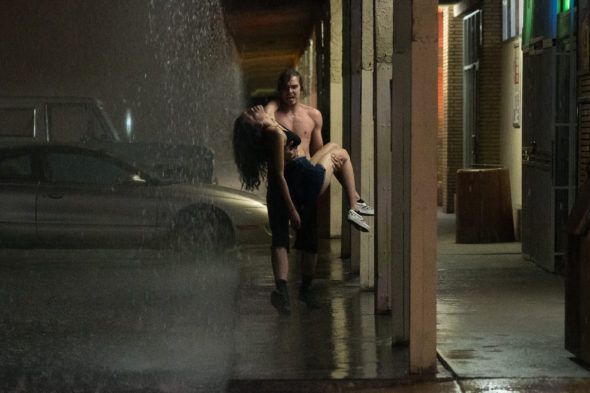 Is Sasha finally free of Becky? Has the Chambers TV show been cancelled or renewed for a second season on Netflix? The television vulture is watching all the latest TV cancellation and renewal news, so this page is the place to track the status of Chambers, season two. Bookmark it, or subscribe for the latest updates. Remember, the television vulture is watching your shows. Are you?

Unless they decide to publicize viewership, it is difficult to predict whether Netflix will cancel or renew Chambers for season two. Netflix renewals tend to come earlier (within a month or so) — no news is not always good news. While we’re waiting to hear, I’ll keep an eye on the trades and press releases and update this page with breaking developments. Subscribe for free Chambers cancellation or renewal alerts.

6/19/19 update: Netflix has cancelled Chambers after one season.

What do you think? Were you hoping that the Chambers TV show would be renewed for a second season? Are you sorry that Netflix cancelled this TV series, instead?

Why did Netflix cancel this show!? Chambers is the most popular show in my entire town i recommended it to every family member i have from Pacific northwest to Wyoming i have thousands of family members if not more and we all Love it! They told their friends about it too and it was loved. Ugh Why cancel a good thing like that! I guess we never see any shows with actual real Native Americans in it anyway so who were we to actually think that things would ever be any different.

i’d really like this show back. why ding it because they chose to release in april, when it was up against a lot of other content? i mean, i made my way to it because i watched ‘ghost’ for the first time and wondered what tony goldwyn’s been up to since ‘tarzan.’ how do you metrics that? and isn’t the point of a streaming service, and in fact netflix’s own original content, to have a catalog? how are they going to stack against disney’s service if they never nurture their own shows? i like ‘stranger things’, but that can’t be… Read more »