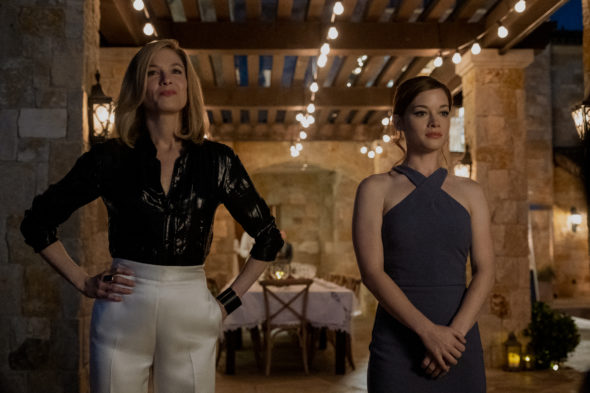 What if this series doesn’t come back? Has the What/If TV show been cancelled or renewed for a second season on Netflix? The television vulture is watching all the latest TV cancellation and renewal news, so this page is the place to track the status of What/If, season two. Bookmark it, or subscribe for the latest updates. Remember, the television vulture is watching your shows. Are you?

Unless they decide to publicize viewership, it is difficult to predict whether Netflix will cancel or renew What/If for season two. Usually, if Netflix is going to renew a series, they usually pick up the new season within a month or so of the release date. With an anthology, Netflix will have take into consideration the new cast and potential storyline, before making their call. For now, I’ll keep an eye on the trades and press releases and update this page with breaking developments. Subscribe for free What/If cancellation or renewal alerts.

What do you think? Do you hope the What/If TV show will be renewed for a second season? How would you feel if Netflix cancelled this TV series, instead?

I loved “what/if and hope it continues!!!

Awesome show bring it back for more seasons!!!

Yes! Renew the show ! With Anne still being alive and well, Sean’s past behind him, the doctor’s new addition to the family, and our creative trio picking up the pieces of the pharma company, there is much to be explored ! I personally would like to see more of a mother/daughter relationship either tangle or untangle with a more defined ending.

Please have a season 2. Lots of story left to explore

What if was an amazing show. There needs to be more seasons

What/If needs to come back. Great show, love the cast

The show should come back and with the same cast

This is an amazing show with a great cast and IT NEEDS to come back, most of the shows on netflix suck but this one was great and Renee , wow all i can see is wow, love her!

This is one of the best shows NETFLIX has produced. I will be bitterly disappointed if there aren’t more seasons…plenty of material here! Great acting & writing.

I thought I had read it was back this month. Hope it does come back !!

I absolutely love this series. I’m watching it for a second time . HOPE IT COMES BACK !