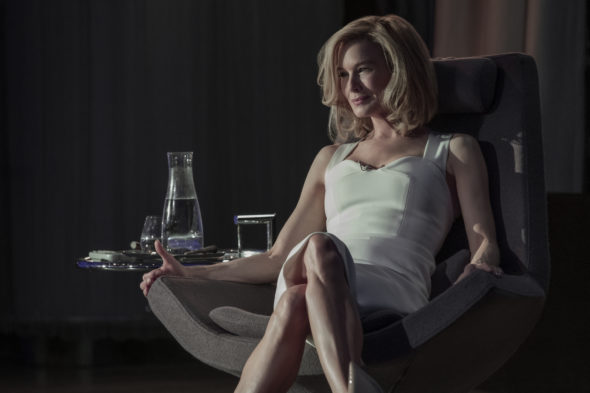 What if the first season of the What/If TV show on Netflix is its last? As we all know, the Nielsen ratings typically play a big role in determining whether a TV show like What/If is cancelled or renewed for season two. Netflix and other streaming platforms, however, collect their own data. If you’ve been watching this TV series, we’d love to know how you feel about the What/If season one episodes. We invite you to rate them for us here.

What do you think? Which season one episodes of the What/If TV series do you rate as wonderful, terrible, or somewhere between? Should Netflix cancel or renew What/If for a second season? Don’t forget to vote, and share your thoughts, below.

Please add a second season!! This was a absolute 5 star amazing thriller of a show. Brilliant and tastefully done. Literally keeps you on the edge of your seat wondering Renee Zellweger’s next twisted turn of events. She plays a fantastic role and is a true class act in this masterpiece series. Hands down she has always been one of my favorite actors and continues to shine at all levels. I truly look forward to the next season.

Yes, please stay on for a second season. This series has it all. I love it!!! Please keep on going. Renee Zellweger does such a fantastic job. You want to choke her out and then love on her. She deserves the Oscar, the entire cast does. So many twists and turns. This show has me cursing out loud. She is the Queen Bee. Love it!!! You will not be disappointed, not one bit. I give it two enthusiastic thumbs up. Please Keep What/IF going.

I hope the show returns however after Renee Zellweger has won her second Oscar she won’t want to or need to as she’s going to get more roles which is what she wants .She is delicious in this role wicked good I watched Chicago last night and she transcended Marilyn Monroe beautiful her best work even with 2 Oscars recommend this movie highly.

I have certainly enjoyed What/If and hope there is a 2nd season.