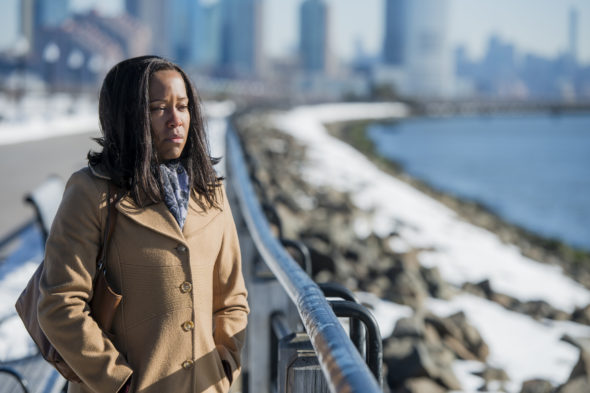 Is this series’ time up? Has the Seven Seconds TV show been cancelled or renewed for a second season on Netflix? The television vulture is watching all the latest TV cancellation and renewal news, so this page is the place to track the status of Seven Seconds, season two. Bookmark it, or subscribe for the latest updates. Remember, the television vulture is watching your shows. Are you?

Unless they decide to publicize viewership, it is difficult to predict whether Netflix will cancel or renew Seven Seconds for a second season. I don’t have a strong feeling on this one, but I will note its timely premise is somewhat similar to Shots Fired. That drama also involved a police shooting and race relations and was cancelled, after one season on FOX. Now, we just have to wait and see whether this story will appeal more to Netflix subscribers. For now, I’ll keep an eye on the trades and update this page with breaking developments. Subscribe for free Seven Seconds cancellation and renewal alerts.

4/19/2018 update: The Seven Seconds TV show has been cancelled by Netflix. Details here.

What do you think? Were you hoping for season two of the Seven Seconds TV series? Does the cancellation make sense? If it were up to you, would Netflix have cancelled or renewed this TV show for a second season?

Get rid of it. Wasted 11 hours of my life on overly scripted drama with a totally unsatisfactory ending. Done with Netflix original drama