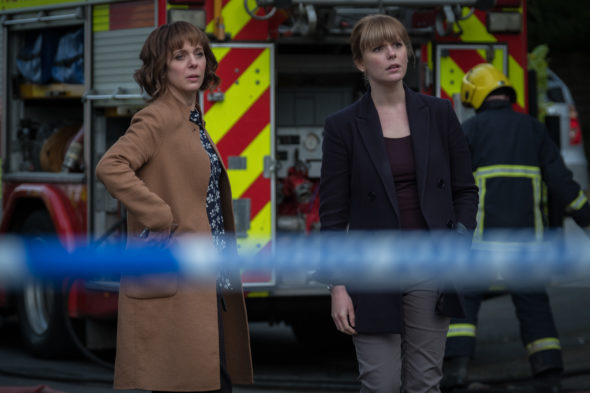 A Netflix drama, Safe stars Michael C. Hall, Amanda Abbington, Audrey Fleurot, Hannah Arterton, Louis Greatorex, Raj Paul, Joseph Sibtain, Hero Fiennes Tiffin, Freddie Thorp, Tyler Conti, Emmett J Scanlan, Marc Warren, Nigel Lindsay, Laila Rouass. The thriller centers on Tom (Hall), a pediatric surgeon who lost his wife, Rachel, a year ago. Tom is bringing up his two daughters in a well-appointed gated community, where he feels surrounded by friendship. When his eldest girl disappears, he realizes he really doesn’t know anything about the people closest to him. There are some dark secrets about this place and the people in it.

Unless they decide to publicize viewership, it is difficult to predict whether Netflix will cancel or renew Safe for season two. I don’t really have a strong feeling about this one, either way. For now, I’ll keep an eye on the trades and press releases and update this page with breaking developments. Subscribe for free Safe cancellation or renewal alerts.

What do you think? Do you hope the Safe TV show will be renewed for season two? How would you feel if Netflix cancelled this TV series, instead?

Please renew this show! I just found it and it’s fantastic!!! Love Safe!!!!

A really complex and compelling “watch” a bit frustrating at times but at least it stirs emotion, unlike a lot of the drivel on Terr/Tv and Freeview channels . It’s gotta go to a 2nd series ….

I had rather Netflix bring back Dexter. I loved that show. There are so many things they could do like Dixters son Harrison could become a serial killer like his dad and they could bring Dexter back to teach him since he didn’t die in the final 8th episode.

I hope to see season 2 of Safe coming soon. Michael Hall is fabulous and I loved Season 1

Loved the show. Please renew this

Such a fun show to binge. Please bring t back

I loved the show please don’t cancel it…

Please renew for Season 2! This is great TV! Really needs to be renewed. Hopefully there will also be more episodes in Season 2, too. Word of this show is going big on Facebook!

I enjoyed Safe and really am looking forward to season 2. Michael Hall is Great!

I thought it was an excellent show. I binged watched it over 48 hours. The amazing Michael C Hall was brilliant! Great British accent. I’m hoping for a Season 2.

Safe is good and deserves a second run.