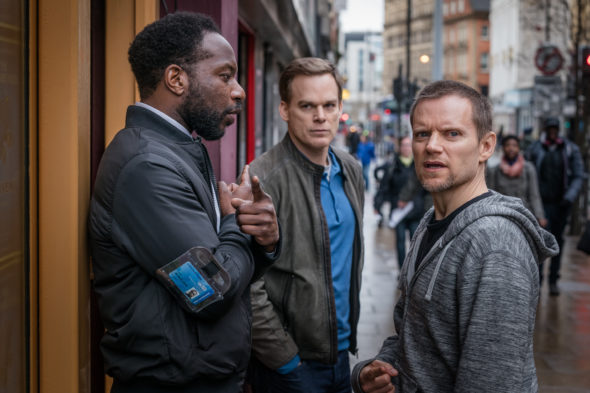 TV show description:
A thriller from creator Harlan Coben, the Safe TV show centers on Tom (Hall), a pediatric surgeon who lost his wife a year ago. Tom is bringing up his two daughters in a well-appointed gated community, where he feels surrounded by friendship.

After Tom begins a new relationship, his older daughter mysteriously disappears. It is then that he realizes he really doesn’t know anything about the people closest to him. There are some dark secrets about this place and the people in it.

Tom is just trying to keep his head above water as a newly single parent to teen girls. He struggles, weighed down by his grief and guilt over Rachel’s death. Now it won’t be long, before the mystery around the night of her passing unravels.

When the truth about Rachel comes out, it involves a secret that could take down families and even the entire community. Is there even a chance for redemption? Stay tuned.

What do you think? Do you like the Safe TV series? Should this Netflix TV show be cancelled or renewed for another season?

Why does Netflix have so many good shows they drop after 1 season? Safe is really good, but they haven’t added any more seasons. I’m gun shy about starting new Netflix shows with only one season because they’re so bad about dropping them and leaving you hanging!!! more Safe PLEASE!!!