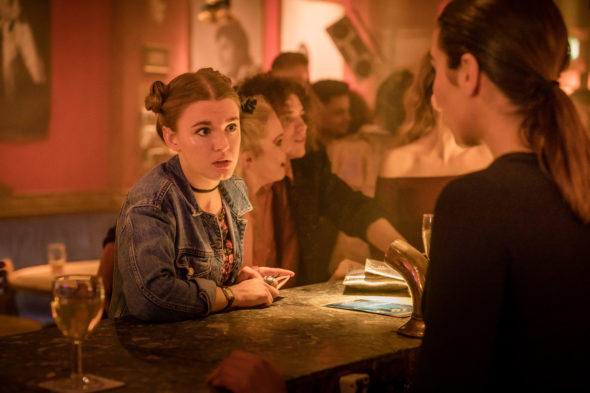 How dangerous is the first season of the Safe TV show on Netflix? As we all know, the Nielsen ratings typically play a big role in determining whether TV shows like Safe are cancelled or renewed for season two. Netflix and other streaming platforms, however, collect their own data. If you’ve been watching this TV series, we’d love to know how you feel about the Safe season one episodes. We invite you to rate them for us here.

A Netflix drama, Safe stars Michael C. Hall, Amanda Abbington, Audrey Fleurot, Hannah Arterton, Louis Greatorex, Raj Paul, Joseph Sibtain, Hero Fiennes Tiffin, Freddie Thorp, Tyler Conti, Emmett J Scanlan, Marc Warren, Nigel Lindsay, Laila Rouass. The thriller centers on Tom (Hall), a pediatric surgeon who lost his wife, Rachel, a year ago. Tom is bringing up his two daughters in a well-appointed gated community, where he feels surrounded by friendship. When his eldest girl disappears, he realizes he really doesn’t know anything about the people closest to him. There are some dark secrets about this place and the people in it.

What do you think? Which season one episodes of the Safe TV series do you rate as wonderful, terrible, or somewhere between? Should Netflix cancel or renew Safe for a second season? Don’t forget to vote, and share your thoughts, below.

PLEASE do not cancel season 2 of Safe with Michael Hall. I’m just getting into the show and I LOVE, LOVE, LOVE it so far and I LOVED him in Dexter. Also it’s not fair to string a viewer along then, BAM! cut the show off with out completion. If u dont bring back season 2, then at the very least, to loyal customers, make a finale!