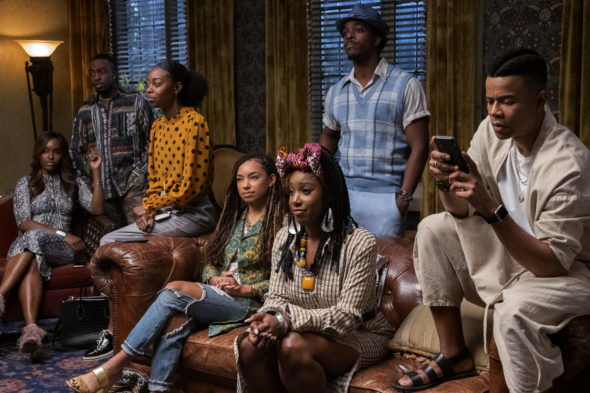 Have race relations improved at Winchester University? Has the Dear White People TV show been cancelled or renewed for a fourth season on Netflix? The television vulture is watching all the latest TV cancellation and renewal news, so this page is the place to track the status of Dear White People, season four. Bookmark it, or subscribe for the latest updates. Remember, the television vulture is watching your shows. Are you?

Unless they decide to release viewership statistics, it is difficult to predict whether Netflix will cancel or renew Dear White People for season four. In the beginning, Netflix was slow to pull the cancellation lever, but that has changed in recent years.  While they’ll still give a series a chance to catch on, their idea of the long haul can be closer to three seasons than to seven. On the flip side, when they do renew, they usually do so pretty quickly. If good news is on its way, it’s most likely to come within a month or two of the drop date. I’ll keep an eye on the situation and update this page accordingly. Subscribe for free Dear White People cancellation or renewal news alerts.

10/5/19 update: Dear White People has been renewed for a fourth and final season on Netflix.

What do you think? Are you glad that the Dear White People TV show has been renewed for season four? Are you disappointed that there won’t be a fifth season?

PLEASE renew Dear White People!!! I caught on late but I’m up to date and I LOVE, LOVE LOVE it and I wanna see more. Bring it back and keep it going

Another one I never heard of.