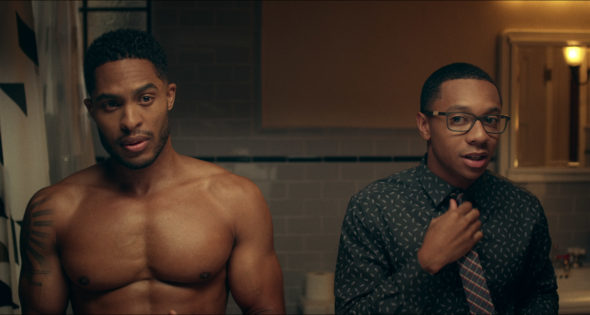 What’s in store for the students at Winchester University? Has the Dear White People TV show been cancelled or renewed for a third season on Netflix? The television vulture is watching all the latest TV cancellation and renewal news, so this page is the place to track the status of Dear White People, season three. Bookmark it, or subscribe for the latest updates. Remember, the television vulture is watching your shows. Are you?

Unless they decide to release viewership statistics, it is difficult to predict whether Netflix will cancel or renew Dear White People for season three. I suspect that it will land a third season renewal. For now, I’ll keep an eye on press releases and the trades and update this page with breaking developments. Subscribe for free Dear White People cancellation or renewal alerts.

What do you think? Do you hope the Dear White People TV show will be renewed for season three? How would you feel if Netflix cancelled this TV series, instead?

I hope they renew it! This show is so important. I love it so much! It’s better than most shows nowadays. Amazing cast, amazing script, amazing soundtrack, amazing photography.

I absolutely love the show! In hoping they will pick up a 3rd season. 🙂

I love love love this show! Its smart and funny and characters are complex. Wish there were more like it … I mean of its caliber.

You must not actually watch the show.