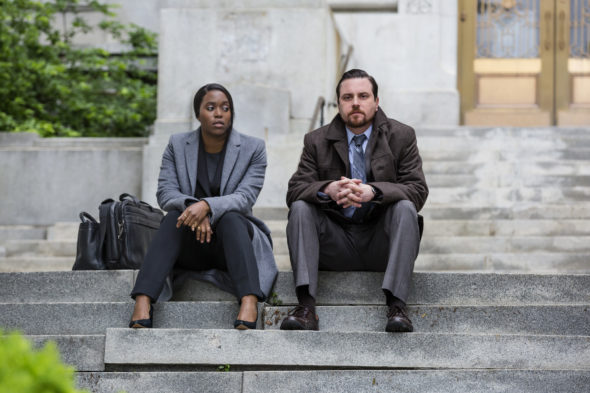 What do you think of KJ Harper’s investigation during the first season of the Seven Seconds TV show on Netflix? As we all know, the Nielsen ratings typically play a big role in determining whether TV shows are cancelled or renewed. Netflix and other streaming platforms, however, collect their own data. If you’ve been watching this TV series, we’d love to know how you feel about the Seven Seconds season one episodes. We invite you to rate them for us here.

What do you think? Which season one episodes of the Seven Seconds TV series do you rate as wonderful, terrible, or somewhere between? Should Netflix cancel or renew Seven Seconds for a second season? Don’t forget to vote, and share your thoughts, below.

They definitely need to consider a season 2!!! Great show!!

Best TV show of the year so far. Compelling, believable, brave and reminded me why I miss Southland & Det Lydia Adams. Loved KJ and Fish too.

I loved this show, it was a amazing. It had me in tears. Please bring back seven seconds

Loved this show, very moving! Sad to hear it will not be renewed!

OMG! From the start it sucked me in and has yet to let go! I’m hoping there’s another season as there are still questions unanswered. My sister recommended it and I’ve been telling everyone I know to watch it. I’ll be praying to the TV Gods for this series to be renewed!

This show was some kinda-good but it took me on an emotional roller coaster. A must see!

I love this show! It’s one of my favorite Netflix shows ever!!! Very powerful!