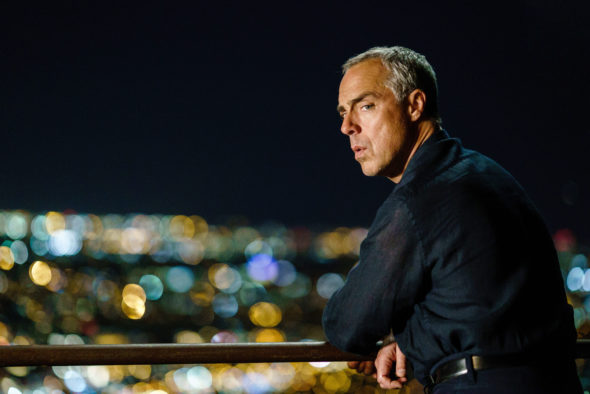 Is Harry Bosch still on the case? Has the Bosch TV show been cancelled or renewed for a fourth season on Amazon? The television vulture is watching all the latest TV cancellation and renewal news, so this page is the place to track the status of Bosch, season four. Bookmark it, or subscribe for the latest updates. Remember, the television vulture is watching your shows. Are you?

An Amazon detective drama, Bosch stars Titus Welliver, Jamie Hector, Amy Aquino, Madison Lintz, and Lance Reddick. Based on the Michael Connelly book series, the Bosch TV show follows dogged Detective Hieronymus ‘Harry’ Bosch (Welliver), of the LAPD’s Hollywood Homicide Division. Although something of a rebel, this military veteran who served in both Iraq and Afghanistan, understands why there are rules and when to skirt them. The fourth season is based on the novel, Angels Flight.

Unless they decide to publicize viewership, it is difficult to predict whether Amazon will cancel or renew TV shows like Bosch for season four. Fortunately, they picked up the fourth season in October of 2016 and have already announced Bosch is renewed through season five. Still, I’ll keep a hungry eye on the trades and update this page with breaking developments. Subscribe for free Bosch cancellation and renewal alerts.

What do you think? Do you think the Bosch TV show would be renewed for season four and season five? How would you feel if Amazon had cancelled this TV series, instead?

Bosch is my favorite Amazon show. Ready for the new season. Keep the episodes coming please.