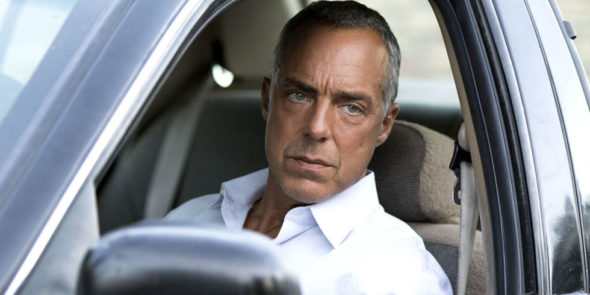 Bosch is adding some new players for its final season. Gino Vento and Carlos Miranda are set to recur in season seven of the Amazon drama. They will join Titus Welliver, Jamie Hector, Amy Aquino, Madison Lintz, and Lance Reddick in the series, which is based on the books by Michael Connelly. Welliver plays Detective Harry Bosch of the Los Angles Homicide Division, and the series follows how he handles cases. Bosch will have two cases to handle during the upcoming season.

Deadline revealed the following about Vento’s and Miranda’s roles and the upcoming season of the Prime Video series:

“Drawing from the novels The Concrete Blonde and The Burning Room, the seventh and final season of Bosch will have Harry Bosch (Welliver) and Jerry Edgar (Jamie Hector) pursuing two separate but perilous murder investigations that will take them to the highest levels of white-collar crime and the deadly depths of the street-level drug trade. Vento will play Mickey and Miranda will portray Det. Chris Collins.”

A premiere date for the final season of Bosch has not yet been set.

What do you think? Are you excited for the return of Bosch to Amazon? Will you be sad to see this series end?

Bosch binging has been a life-saver during the C-19 lockdown. Thanks to cast, crew, & creators for an outstanding production!

I started binge watching Bosch in 2019. I love the show and can’t wait for season 7. As everyone else has conveyed. I’m really sad to see it end. It’s been an excellent series. And. 7 of 9 is still a hottie

Can’t believe this will be the last season of Bosch. I loove this series and have watched it faithfully from the start— boooo!!

Amazon is making a huge mistake. Bosch is the best show on Amazon.

I can’t wait for the season. 7. We love this series and are very disappointed with the end.

Very sad to see it end. Awesome series. Just got friends to start watching it today. Can’t wait for it to start again.

Season 7 can not come fast enough. Love the series and all of the actors. Our family is very disappointed that Bosch is coming to an end.
Thanks to all that brought this marvelous show to our home! Hopefully, we will continue to see all of the actors and everyone involved in great projects in the near future!

Great mystery/action series. Look forward to the seventh and sorry it is the final

This show is awesome; it should go for ten more years.

I’m so excited for season 7 this is one of my favorite shows on Amazon.