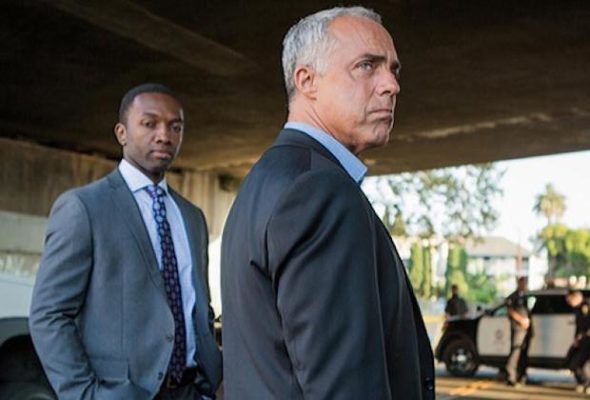 Bosch is ready for his final case. Deadline reports Amazon has renewed the TV show for a seventh and final season.

Season six of Bosch is slated to debut on Prime Video in 2020. Read author Michael Connelly’s comment on the final season below:

This started seven years ago with showrunner Eric Overmyer and me writing the pilot. We plan to write the last episode together as well. We’ll leave behind the longest-running show so far on Amazon and it will be there to be discovered by new viewers for as long as people are streaming. That is amazing to me. The other thing is that we would not have come all this way without Titus Welliver. There could not have been a better actor to play this role or a better team player to build this show around. He’ll be Harry Bosch for the ages.”

What do you think? Do you watch Bosch? How do you want the series to end?

Love Harry Bosch and his side kicks! Was very sad to hear it’s being canceled! The show is very entertaining and never the same thing. At least they’re going to end it and not leave us hanging. Thanks for that!

I’m so disappointed that Bosch is ending. My husband and I watch it every year we love the acting and the story lines. Please change your minds.

I dont want it to end

I will rather my husband and Eli Eli Harry Bosch. We e read the Connelly books and enjoy them very much! I’m sorry we are sorry this will be the last season. I love the storyline focus rather than gratuitous violence.

No repetitive gratuitous humor – like NCIS – that comes across as forced and childish; or boring family dinners, that we’ve already watched in Blue Bloods 10 times too many! Just well-written, interesting plots without predictable canned scenes and flat acting. If shows like those can be ongoingly renewed, why not Bosch?

Love the show. One of the best written and acted detective serials ever! – can’t imagine Amazon getting higher or more loyal viewership with a replacement in its genre. Why fix what isn’t broken? I will miss it when it goes.

My wife and I really enjoy this show. It is one that will be greatly missed.

Wonderful series with great storylines and realistic character development. Holds true to current events. Sad to see it end but better it end on a positive note.

I adored this series and love Titus! Sad to think it’s ending!

Sad to here this news. I have enjoyed the series immensely! Enjoy the story lines and actors. Will be a loss.

I’ve been a fan of Michael Connelly’s Detective Bosch for many years! I have immensely enjoyed this series. I hate to see it come to an end. I wasn’t particularly fond of Titus Wulliver, at first, but needless to say, he won me over quickly!

Amazon cancelled two of the best shows on TV. Longmire and now Bosch! Why mess with success???