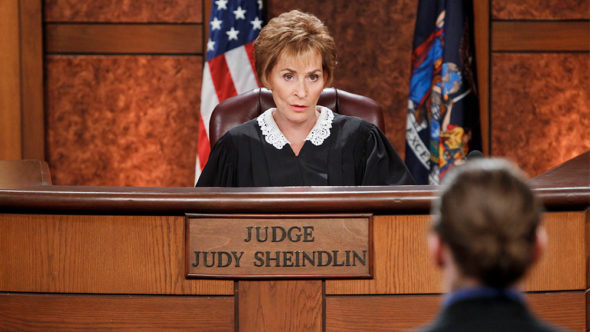 Judge Judy Sheindlin is not going anywhere anytime soon. Sheindlin has been a fixture on daytime television for 25 years with Judge Judy. That syndicated program is ending but she is starting a new courtroom series on IMDb TV. Earlier this year, Sheindlin announced that she was working on a new series called Judy Justice, but it is not known if this new series is the same show.

IMDb TV revealed more about the new series in a press release.

“I’m over the moon to be in business with Amazon Studios and continuing this incredible journey with them on a new platform is so exciting,” said Judge Judy Sheindlin. “I used to yell at my husband, Jerry, for all the packages he had ordered from Amazon every day. I have enough mouthwash in the cabinets to keep the entire planet’s breath fresh until the next millennium. The doorbell never stops ringing. The dogs don’t even bark at the delivery people anymore. After I signed this deal, I apologized to Jerry. Who would have thought that the Sheindlin’s and Amazon would be mishpachah?”

“Judge Judy Sheindlin is a TV icon and visionary who has entertained millions of fans for decades,” said Lauren Anderson and Ryan Pirozzi, Co-Heads of Content and Programming for IMDb TV. “As we build the IMDb TV slate of high-quality, ambitious Amazon Studios Originals, we are delighted to deliver customers a court program from the legendary Judge Sheindlin who, without a doubt, is the very best in the business.”

“For over two decades our honor, Judge Judy, has dominated broadcast television. Now America’s Judge will continue to reach her millions of fans through IMDb TV, Amazon’s free streaming service,” said Scott Koondel, CEO of Sox Entertainment. “I’m thrilled to help with the transition of this entertainment phenom from over-the-air to over-the-top television.”

What do you think? Are you excited to join Judy Scheindlin in this new chapter of her life on IMDb TV?

We love Judge Judy in our household. I hope we can find her on this channel.