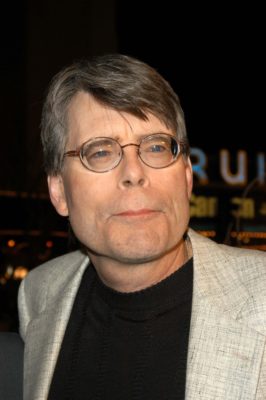 The Dark Tower is coming to the small screen. Deadline reports Amazon is developing a TV show based on the Stephen King book series.

First released in 1982, the fantasy series follows Roland Deschain, a descendent from a long line of gunslingers who is tasked with finding the mysterious Dark Tower. The books were previously adapted as a 2017 film starring Idris Elba and Matthew McConaughey.

The Dark Tower is one of several fantasy series being developed by Prime Video. The streaming service has already announced plans for a Lord of the Rings TV show and now they’re interested in developing the Wheel of Time series as well.

What do you think? Are you a fan of The Dark Tower? Would you watch the Amazon series?

I hope Idris Elba will be in this series.
Loved Idris in the 1st movie

Yes, I will watch it. No, I will not sign up for Amazon to watch it. I will simply find another way, and there’s always another way to watch something.

I think the first mistake was putting it on Amazon and not going with somewhere else. So it’s going to flop. Which sucks, b/c I love the Dark Tower books.

McConaughey was perfect as Man in Black. Need him for the series.

This is a brilliant plant, and it may tip the scales and have me signing up for Amazon prime so I can enjoy The Dark Tower done right! Yes!

Hopefully they will start fresh. I can’t imagine Elba or anyone else would return for a series. Maybe they’ll attempt to do it right this time.

I liked the dark tower which I read as each book was released. I think it will make a much better series than a single movie. I think It was better as a series than the new movie.

Hell yes I’ll watch it. And I’m beyond excited for The Lord of the Ring and The Wheel of Time. I have longed for The Wheel of Time to be produced ever since I was in high school. I used to cast the characters as I read the series. This is absolutely heaven to me!!!

Nice to see TV make So happy. It’s a major let down for me 9 out 10 of the time because of industry ‘s female casting favoritism. It may be wrong, but it’s so irritating hearing how haaapy others are because things are made so right for them. Some people barely have to use their imagination because it’s right on screen.

Hope they do it right this time. The movie was bad.

Love the books, am only on the third one currently, but think a streaming series would be a perfect fit. Way too much content for just a movie. Even the first book was too voluminous for a 2 1/2 hour presentation. Thank you Amazon!