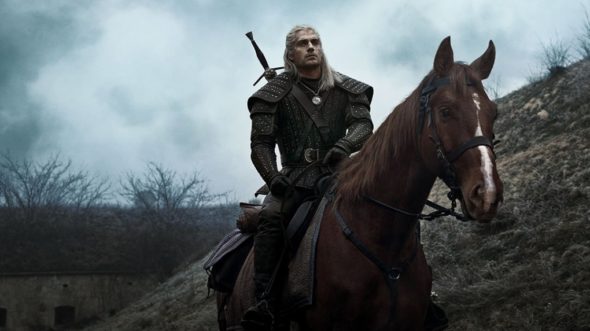 Is Geralt ready for what’s to come? Has The Witcher TV show been cancelled or renewed for a second season on Netflix? The television vulture is watching all the latest cancellation and renewal news, so this page is the place to track the status of The Witcher, season two. Bookmark it, or subscribe for the latest updates. Remember, the television vulture is watching your shows. Are you?

There’s no need to worry about The Witcher series being cancelled right now. Netflix ordered a second season before the first season debuted. I’ll keep my ears open and an eye out for news, and will update this page with breaking developments. Subscribe for free alerts on The Witcher cancellation or renewal news.

What do you think? Are you glad that The Witcher TV show has been renewed for a second season? How would you feel if Netflix had cancelled this TV series, instead?

When will the 2nd Season start…we are anxious and need our Witcher!!

I have signed the Witcher and am absolutely hooked. I can’t wait for the second series to air.
I hope it’s not 12 months away.

Understand why gave each of the 3 characters their own storyline but hope next season we get more sexy scenes of Henry Cavill!!!
2 years to long!!

Its no GOT, but I still enjoyed it. I’ll watch season II when available.

glad it has been renewed, just wish the 2nd season would air earlier than 2 years from now!