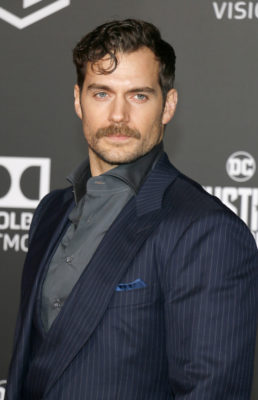 Henry Cavill is coming to Netflix. Today, the streaming service announced the Tudors star has joined their upcoming TV show, The Witcher.

Based on the books by Andrzej Sapkowski, the fantasy drama follows Geralt of Rivia, a monster hunter who “struggles to find his place in a world where people often prove more wicked than beasts.”

On The Witcher, Cavill will be playing the lead role, Gerald of Rivia. Netflix has ordered eight episodes of the series but so far has not released a premiere date.

· Henry Cavill (Mission Impossible – Fallout, Justice League) will lead the cast of The Witcher saga, playing the role of Geralt of Rivia

· The Witcher will consist of 8 episodes

· Logline: Based on the best-selling fantasy series, The Witcher is an epic tale of fate and family. Geralt of Rivia, a solitary monster hunter, struggles to find his place in a world where people often prove more wicked than beasts. But when destiny hurtles him toward a powerful sorceress, and a young princess with a dangerous secret, the three must learn to navigate the increasingly volatile Continent together.”

What do you think? Are you familiar with The Witcher saga? Will you watch the Netflix series?

Big fan, loved the books and the games but I’ve heard the rumours and if true, I don’t think I’ll be tuning in. I prefer to keep the legend intact and without the white wolf in all her guises, it just wouldn’t be my Witcher.